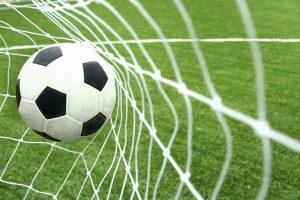 The World Cup 2014 has almost come to end, with Germany and Argentina playing for the championship this Sunday. The tournament has been filled with a lot of excitement through yesterday’s game. Nothing, however, generates as much excitement as when a goal is scored, which there have been plenty of this tournament. We’ve picked our ten favorite goals (in no particular order) below. Let us know which goal is your favorite!

Arjen Robben Beating Sergio Ramos to the Ball and Scoring