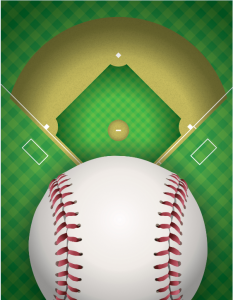 The weather is finally starting to heat up and you know what that means – the Boys of Summer will soon be back on the diamond! And, with the start of the Major League Baseball season comes the start of fantasy baseball leagues all across the country.

If last year’s team left you disappointed and disparaged, don’t worry. We’re here to help you boost your results! As you have probably learned by now, true success in fantasy baseball doesn’t come from your “sure thing” picks – it’s your smartly-chosen sleeper picks that ultimately make or break your team. Here are ten you’re going to want to pick up early on this season.

Polanco suffered a knee injury last year that severely impacted his playmaking ability to the point that he wound up with lower-than-expected numbers by season’s end. But, he should be back in shape and ready to play by the start of the season this year. Of course, many may be wary to pick him up because of that injury, but their loss is your gain. With his power/speed combination, he can be quite the asset to any team if he’s as healthy as reported.

Last year, Franco was a rookie with the Phillies with a promising season ahead, that was, until he broke his wrist. But, that wrist healed nicely during the off-season and as such, he’s expected to return to form this year. Many experts have him pegged to bang at least 30 homers this year. He’s another player coming off a major injury season, so you should be able to pick him up pretty easily, and pick him up you should.

Iglesias raised eyebrows during the first half of last season, but not for the right reasons. The Cuban pitcher struggled throughout the first half of the season, but by the mid-point, he found his groove and turned into the pitcher the Reds thought he was when they chose him. As long as he continues his trend, you’ll be picking a starting pitcher who will help you out big time.

Piscotty is one of those players who has power to spare; he just has to figure out how to best utilize it in order to get the results he’s capable of. The good thing is – once he sets his mind to it, he usually does it. This year looks to be a big one for him, although many of your competitors will most likely not think so. Pick him up and thank us later.

When was the last time you saw a middle infielder bang 20-plus homers in a season? That’s the least you should expect from Russell this year because he has the power to deliver it. Just be aware that he looks to be batting eighth or ninth, so this may limit his steals, but his homer ability should more than pick up for that.

Odor is just 22 years old, but he jumped from pumping out nine homers in 2014 to banging 16 out of the park last year. The more he matures, the better he gets. And, this year looks to be another period of growth for the second baseman and his results could come in handy for your team by year’s end.

If it’s against a right hand pitcher, few can match Peralta’s batting abilities. But, he doesn’t have the same skills when up against lefties. Still, he had a strong 2015 season and if he worked on his weakness over the off-season, he could be a legit grab. It could be a risky move, however, because if he doesn’t up his game against left handed pitchers then that would mean he could see his playing time reduced in 2016.

Walker enjoyed a stellar preseason last year, but suffered through some rough outings once regular season play got underway. But, he still has excellent control of the ball, so this year could be the year he breaks out for the Mariners. Look for him to extend last year’s preseason success into the regular season this year.

Realmuto has the potential to be a 15-15 producer. While others are battling over Posey, Lucroy, McCann, and Perez, you should be able to steal Realmuto for a great price, thus solidifying your fantasy team’s foundation.

Myers left fantasy owners wanting in 2015 when his first season in San Diego ended with a wrist injury. But, it’s a year later and he’s healthy and ready to play. The Padres moved him to first base, and this, coupled with his impressive power, will help him pound out the types of numbers most owners expected from him last season. Despite this, that injury will still sit in the back of most owners’ minds and therefore, you should be able to get him at a great value.