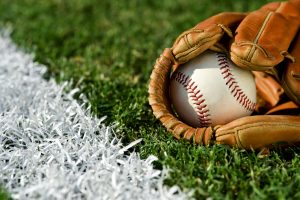 Since it was first played in 1903, Major League Baseball’s World Series Championship has been the scene of some of the most memorable moments in all of professional sports. Remember when Reggie Jackson hit three homers in Game 6 of the 1977 World Series? Or, how about the time when Boston’s Bill Buckner missed a routine grounder, resulting in the Mets staying alive in Game 6 of the 1986 World Series and thus ending the Red Sox’s hopes of breaking their 68-year championship drought?

The seven-game series has provided fans with epic highs and shattering lows. It has given us the Yankees’ incredible run of 20 World Series wins between 1920 and 1964 and the 1919 Black Sox Scandal. It survived the 1989 San Francisco earthquake and the player strike of 1994.

But, as memorable as these events were, there are some moments that stick in the back of the minds of MLB fans more than any others. Here are the five most memorable moments in World Series history.

In Game 6 of the 1991 World Series, the Minnesota Twins and Atlanta Braves were tied 3-3 at the end of regulation, forcing the game into extra innings. At the start of 11th inning, Kirby Puckett was up to bat and he wound up blasting a homer into left-center field, earning Minnesota a walk-off win that would send the series into Game 7. After the ball was hit, broadcaster Jack Buck made his famous announcement, “We’ll see you tomorrow night.” And, the following night, the Twins used the momentum of that home run to win Game 7 and claim the team’s second championship.

In the 1975 World Series, the Boston Red Sox and the Cincinnati Reds played in what many consider the greatest baseball game ever played when the two teams squared off in Game 6. The game was tied 6-6 in the bottom of the 12th inning when Red Sox catcher Carlton Fisk stepped up to bat. On the second pitch, Fisk slammed the ball deep to left field, but the ball was appearing to be headed into foul territory. Fisk jumped and waved his arms as if trying to force the ball into fair territory and somehow, it worked! The Red Sox would go on to win the game, but unfortunately, not the World Series.

Game 1 of the 1988 World Series between the Oakland Athletics and the Los Angeles Dodgers was definitely a game to remember. The Athletics were leading the Dodgers 4-3 and their ace closer Dennis Eckersley was on the pitcher’s mound. Up to bat was Kirk Gibson, who fans were stunned to see because he was playing with two injured knees. Nobody gave the injured Gibson a chance, especially with Eckersley on the mound, but after a few tough pitches, Gibson finally nailed one and sent it flying into the right field bleachers. The home run wound up being Gibson’s only at bat in the series and that remarkable moment proved to be the spark that would result in the Dodgers winning the series in five games.

The 1993 World Series between the Philadelphia Phillies and the Toronto Blue Jays was one of the toughest ever to be played. In Game 6, the Philadelphia Phillies tried everything they could to force Game 7 against the current champs but when Joe Carter stepped up to bat, that all changed. Carter would wind up hitting a walk-off home run that would leave Phillies closer Mitch “Wild Thing” Williams (and every single Phillies fan) stunned. This would be only the second World Series to end in that fashion. And, it resulted in a second straight World Series title for the Blue Jays and, true to Philadelphia’s nature, death threats for Williams.

The 1960 World Series was and forever will be the benchmark by which all other World Series will be measured. After a thrilling seven innings, the Pittsburgh Pirates would score an incredible five runs in the eighth inning to take a 9-7 lead against the New York Yankees. But, in the top of the ninth, the Yankees would tie the game. Pirate second baseman Bill Mazeroski was at bat against Yankees reliever Ralph Terry. Mazeroski would wind up slamming the ball over the left field wall for the first ever World Series-clinching walk-off home run and the Pirates’ first championship since 1925.