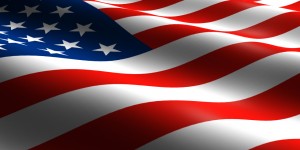 Flag Day is June 14, a day set aside for Americans to honor the country’s flag. In celebration of Flag Day, here are some American flag facts and trivia you may not know.