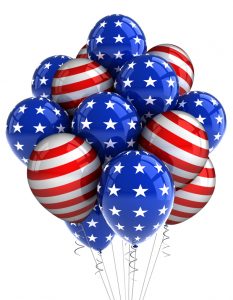 Happy birthday to the United States Army, celebrating 239 years of protecting our country!  Established on June 14, 1775, the Continental Army was formed to help fight the British during the American Revolution.  Join the Army’s birthday celebration by participating in a local event commemorating this special day.

The Suncoast Chapter of AUSA will be hosting the 2014 Tampa Bay Army Ball on June 14th at the Hilton Clearwater Beach Resort.  Enjoy fine dining, entertainment, and inspirational speakers.

The Tennessee-Kentucky Chapter of AUSA is holding an entire week of Army Birthday celebrations including the Tour De Campbell 101K Bike Ride, a luncheon, a Military Appreciation Night at the Hoptown Hoppers game, and an Army Birthday Ball at Valor Hall in Oak Grove, KY.

Ansbach Family and MWR presents an Army Birthday Celebration and Cake Cutting on June 14th at the Katterbach Adult Sports Field in Ansbach, Germany.  This free event will take place at the All Star Softball Tournament. On June 14th, they will also be holding an Army Birthday Bowling Party at the bowling centers in Katterbach and Storck. Discounted bowling for adults and youth will be offered all day long with free cupcakes and ice cream from 6-8pm.

The Annual Birthday Balltakes placeat the Sheraton Laguna Guam Resort on June 14th. All soldiers, retirees, and veterans are invited to attend.