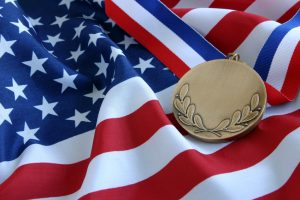 The 2014 Winter Olympics will be taking place in Sochi, Russia in February and as in most Olympics, it’s expected that several members of the U.S. Army will be proudly representing Team USA.

The U.S. Army has been a strong supporter of outstanding Soldier-athletes through its World Class Athlete Program (WCAP).  The program is open to Active, Reserve, and National Guard Soldiers and gives Soldiers an opportunity to go for the gold by offering them support and training so that they can compete and succeed in global competitions, leading to the Olympic and Paralympic Games. The Soldiers train and compete while maintaining a military career and help promote the U.S. Army to the world.

Through this Army-funded program Soldier-athletes receive elite-level training with top coaches at state-of-the-art training venues.  Participants also receive national visibility, and opportunities to be positive role models for youths and peer groups. The program works with Human Resources Command and personnel offices to ensure that the Soldiers maintain military proficiency.

WCAP is reserved for the best of the best. Candidates need to apply to participate in the program and must already have earned a national or international ranking in an Olympic sport.

Since the program’s inception in 1997, 55 Soldier-athletes have participated in the Olympic Games earning a variety of Gold, Silver, and Bronze Olympic medals. Athletes have competed in:

To learn more about WCAP and the training and commitment that being a Soldier-athlete entails, watch these videos: