Everything You Need to Celebrate the 2016 NFL Kickoff 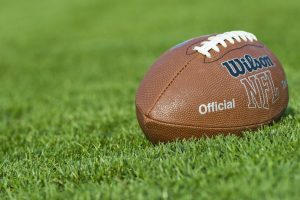 Everything You Need to Celebrate the 2016 NFL Kickoff

Summer of 2016 has been a scorcher, but relief is on the way. Soon, there will be cooler days, colorful leaves, and the usual string of family holidays. But, before all of that, there’s the start of the NFL football season on September 8 to kick-off fall!

Are you ready for the 2016 NFL Kickoff Weekend? Here’s everything you need to know about the NFL’s first week of regular season play and how to get the most out of it.

The NFL is wasting no time getting into some long-lived rivalries this year and as a result, you can expect Week One to have a major impact on the playoff picture as the season progresses. In the very first week, we have a few huge games taking place between Division rivals, including:

But, before those games get underway, we first get to see the annual rematch between the prior year’s Super Bowl participants when the Carolina Panthers play the Denver Broncos on Thursday Night Football on September 8.

The Thursday night game has been the official National Football League Kickoff Game since 2002 and since 2004, the previous year’s Super Bowl teams have been featured in it. In every year but one (because of a stadium conflict), the game has been hosted by the Super Bowl winner.

What’s Kickoff Weekend without some game-changing snack ideas? Here are some proven winners that will be sure to keep every fan in the family full and happy, regardless of what takes place on the field.

NFL Shirt Rice Krispies Treats: These tasty treats are fun and festive snacks that will have everyone picking sides. Perfect for the big game between the Broncos and Panthers.

DIY Snack Stadium: Build your stadium and they will come. Ok, wrong sport, but you get the idea. This DIY Snack Stadium can be easily customized to include all of your favorites.

Wings: No other food is as football-friendly as chicken wings. And, with 50 different recipes available here, there’s something for everybody.

Pigs-in-a-Blanket: When you’re watching the pigskin get tossed around on TV, nothing goes down easier than pigs-in-a-blanket. These tasty little morsels are easy to eat when you’re cheering on your team to victory.

Cupcakes (in Team Colors): Everybody loves cupcakes and odds are you have a great recipe for them. All you need is this team color guide to your cupcake toppings so you can design the perfect game day dessert.

Treats for Adults: While the kids are enjoying their cupcakes, adults can indulge (responsibly) with these NFL-O shots, just pick your team and create them using their team colors.

NFL Team Cocktails: Watch enough of the NFL on TV and you’ll be quick to see that beer is the official drink of fans, but if you want to try something new and team-inspired, try making a cocktail from this list of NFL team cocktails.

There’s nothing quite like the start of another NFL season. With the above recipes and the endless variety of others found online, you can plan the ultimate kickoff weekend party where you’re the winner.