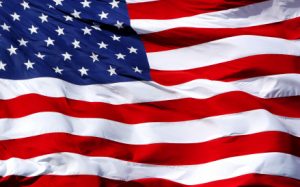 May is National Military Appreciation Month (NMAM). Omni is proud to celebrate this month designated by Congress that encourages Americans to learn about United States military history, celebrate patriotism, and honor the services and sacrifices of our soldiers. While Memorial Day is the most well-known holiday in May, there are several other meaningful days that fall within this special month.

First observed in 1921, Loyalty Day is a day that encourages American citizens to reaffirm their allegiance to the United States. To learn more about the significance of the day, read the Loyalty Day, 2017 Presidential Proclamation.

Public Service Recognition Week – May 6 – May 12

This week honors those who serve as federal, state, country, and local government employees. If you want to promote Public Service Recognition Week in your community, check out this free Celebration toolkit.

Victory in Europe Day – Tuesday, May 8

Victory in Europe Day celebrates the May 8, 1945 surrender of Germany in World War II. Learn more about VE day.

Always celebrated on the third Saturday in May, Armed Forces Day was created by Secretary Louis Johnson, to honor the men and women serving in all branches of the U.S. military. Armed Forces Day replaced separate Army, Navy, Marine Corps, and Air Force Days.