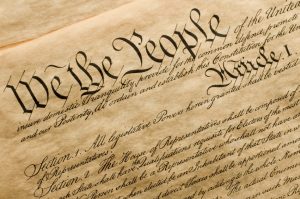 Interesting U.S. Constitution Facts You May Not Know

The Omni Financial team is proud to observe Constitution Day. This special day is celebrated on September 17 and commemorates the September 17, 1787 signing of the United States Constitution. Established in 2004 by Senator Robert Byrd, the day honors the most important and influential legal document in United States history and also recognizes people who were born in the United States, or who have obtained citizenship through naturalization.

While you may be familiar with the content and significance of the Constitution, here’s a list of some interesting facts you may not know:

The U.S. Constitution formed the framework for our government and influences the lives of Americans every day.  Omni Financial celebrates Constitution Day and honors the United States military personnel who continue to fight to uphold the principles and values of our nation.