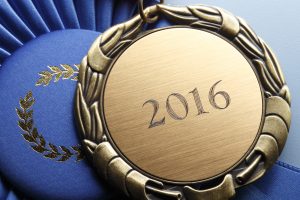 At home and abroad, U.S. soldiers proudly represent our country and our values. This month several soldiers will be representing America when they take center stage at one of the world’s most prestigious sporting competitions – the Summer Olympics, taking place this year August 5 – 21 in Rio de Janeiro, Brazil.  Many of these esteemed athletes are members of the World Class Athlete Program (WCAP), a military-funded program that allows soldier-athletes the opportunity to receive elite-level training while maintaining a military career.

Keep an eye out for these Olympians and root for them in Rio. Go Team USA!

Soldiers on the 2016 US Olympic Team

Sanderson, originally from San Antonio, TX and now living in Colorado Springs, CO, is the most decorated competitive pistol shooter in U.S. military history.  He is a nine-time World Cup medalist and this will be his third appearance in the Olympics. He competes as part of the WCAP, and also instructs soldiers and Marines in pistol marksmanship.

A case of the flu during the 2016 U.S. Olympic Team Trials didn’t stop Staff Sgt. John Nunn from coming in first place and securing his spot on the 50-kilometer Race Walk team. It will be the third Olympics for the 38-year-old dental hygienist from Bonsall, CA.

Schrimsher’s third-place finish at the 2015 Pan American Games secured his honor as being the first official member of any sport to be named to the 2016 U.S. Olympic Team. He competes in the modern pentathlon which is comprised of five different events including fencing, swimming, show jumping, and a combined pistol shooting/cross country run event. Schrimsher is originally from New Mexico, but is now stationed in Fort Carson.

Sgt. 1st Class Glenn Eller from Fort Benning, GA will be competing in his fifth Olympics. Eller is part of the United States Army Marksmanship Unit (USAMU), a unit formed by President Eisenhower with the goal of winning shooting competitions. Soldiers can stay enlisted while training for the Olympics. The unit has produced four members of this year’s U.S. Olympic team who will be representing five different events.

This will be the first Olympics for this specialist in the U.S. Army Marksmanship Unit.  The Olympia, WA native won medals at the 2014 and 2015 national championships.

Stationed in Fort Benning, GA, Michael McPhail is a member of the U.S. Army Marksmanship Unit.  He competed in the 2012 Olympic Games, placing ninth.

Double trap competitor and shooter-instructor Josh Richmond will be competing in his second Olympics. He has won gold medals in several World Cup competitions and national championships.  Richmond is a member of the U.S. Army Marksmanship Unit and travels around the country performing shooting demonstrations. View this video where he talks about his duties as a member of the USAMU.

Sam Kendricks is currently in the reserves which makes it a little bit easier to balance his military and pole vaulting careers. The University of Mississippi alum won the 2013 and 2014 NCAA Championships, the 2015 World Championships, and the 2016 World Indoor Championships.  During the 2016 U.S. Olympic Trials on July 4th, Kendricks actually set a U.S. Track and Field Trials record, clearing 19 feet, 4 3/4 inches.

Spc. Leonard Korir went to Iona College in New Rochelle, NY and is a two-time NCAA National Champions in the 10,000m and 5,000m.  Korir talks about making the 2016 U.S. Olympic team in this video.

Air Force 1st Lt. Cale Simmons placed second in the Olympic trials on July 4th, just behind Army 2nd Lt. Sam Kendricks. A year ago, Simmons was stationed in Germany where there was no pole vault program. He decided to come back to the U.S. as part of the WCAP and started training full-time.  He comes from a family of pole vaulters and Air Force Academy graduates.

Good luck to all the athletes!