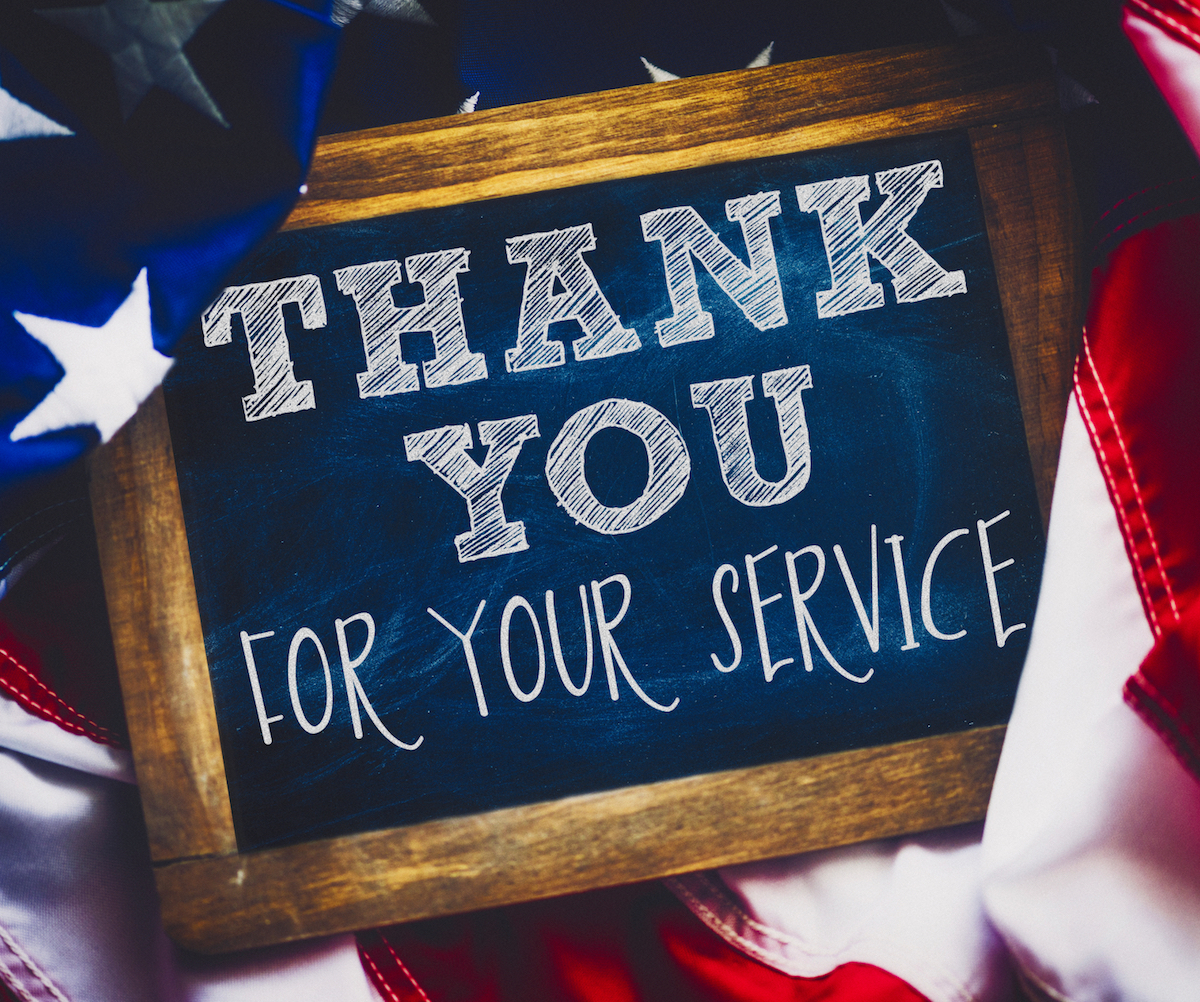 Veterans Day is November 11, the day America offers a collective “thank you” to those who have served in our military.  The day was originally called Armistice Day and was established to honor the veterans of World War I. In 1954, the name of the holiday was changed to “Veterans Day” to recognize to all United States veterans.
Veterans Day parades coast to coast pay tribute to America’s heroes. Whether you are a veteran or an active duty service member, there are many ways you can take part in these celebrations. March in a local parade with a veterans group, or be a spectator with your family. As a current or former member of the armed forces, you are always a guest of honor.
Cities and towns across the U.S. host Veterans Day parades. Here are just a few that are taking place around the country.
Northeast
America’s Parade
New York City, NY
Friday, November 11
11:15 a.m.
Produced by the United War Veterans Council, America’s Parade is the “nation’s largest celebration of our veterans.” Last year half a million spectators lined the 5th Avenue parade route to watch 38,000 participants, over 300 marching units, and 30 floats. This year’s parade will be commemorating the 15th anniversary of 9/11 and will provide special honors to Post-9/11 veterans and First Responders.
Connecticut Veterans Parade
West Hartford, CT
Sunday, November 6
12:30 p.m.
Downtown Hartford is host to the annual Connecticut Veterans Parade. Prior to the parade start, a Wreath-Laying ceremony will take place at 11:30 a.m. at the Soldiers and Sailors Memorial Arch.
West
America’s Parade: Los Angeles
Los Angeles, CA
Friday, November 11
11 a.m.
New York City’s America’s Parade goes to the West Coast as L.A. hosts its version of this parade for the first time ever. The parade steps off at 11 a.m. at the West L.A. Veterans Affairs Campus and is being presented by The American Legion, the Los Angeles County Department of Military and Veterans Affairs and by the United War Veterans Council. Participants will include veterans, active duty personnel, high school and college band members, and supporters of the military. Just like its NYC counterpart, the parade will be recognizing the 15th anniversary of 9/11.
South
Birmingham’s Veterans Day Parade
Birmingham, AL
Friday, November 11
1:30 p.m.
Since Birmingham is actually the home of America’s first Veterans Day and the first Veterans Day parade, it makes sense that the city would have an amazing celebration every year. Prior to the parade, a World Peace Luncheon will take place. Use this form to order tickets to the luncheon.
2016 Sandhills Veterans Festival
Southern Pines, North Carolina
November 5 – 12
Parade – Saturday, November 12 at 10 a.m.
More than a parade, the Sandhills Veterans Festival is eight days of activities. The event is organized by several groups and raises money for the Veteran’s Support Fund. There’s a Veterans Day Celebration on Nov. 5, a putting challenge on Nov. 7, jazz band concert, motorcycle club ride, car show and more. The festival culminates with the Southern Pines Veterans Parade on Nov. 12 at 10 a.m. which will be opened
with a flyover by a Bandits Flight Team.
Midwest
Annual Veterans Day Parade and Day of Honor
Milwaukee, WI
Saturday, November 5
11 a.m.
More than 1,000 veterans and military march through downtown Milwaukee every year during the Veterans Day parade. Enjoy marching bands, floats, baton twirlers, jeeps and tanks. There will be military displays at the War Memorial and a Memorial Service at the Reflecting Pool to pay respect to those who were lost serving our country.
Omni is proud to honor our nation’s veterans, today and every day. Thank you for your service.