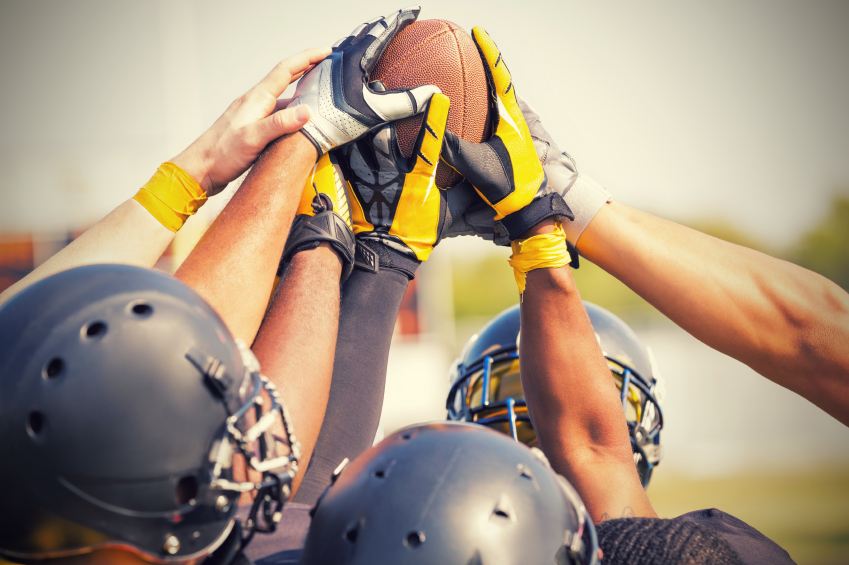 There are dozens of intense rivalries in college football. Michigan and Ohio State, Alabama and Auburn, Florida State and Miami, and Oklahoma and Texas quickly come to mind, but the granddaddy of them all is Army versus Navy. The Army-Navy game is not a “bowl” game and there’s no championship on the line, but this annual gridiron match captivates America’s college football fans like no other. In fact, this game is often referred to “America’s Game,” and here’s why.

Although these two teams are made up of future servicemen who will serve side-by-side defending our country, in this game, they’re fierce competitors. And, these two teams have been battling each other on the football field for over a century. This year’s matchup will be the 115th time the Army-Navy game has been played. That’s a tradition unlike any other in college or professional sports and when there’s that much history between two teams, there’s no way it can’t develop into an intense rivalry.
But, it was in 1944 when this rivalry really started heating up. The U.S. was in the throes of World War II and Army was the number one team in the country, sporting an undefeated record. Navy was the number two ranked team. Despite Navy’s best efforts in that game, Army prevailed, winning handily 23-7. With the country watching, the game proved to be a much-needed distraction from the war. After the game, one sportswriter wrote, “The country can now return to fighting the most terrible war ever inflicted upon mankind.”

Football games can get heated, but few games are played with as much sportsmanship as the Army-Navy game. Because the players are soldiers and sailors, there is an immediate sense of competition, but also a brotherly bond. This results in an intense battle on the field, but one that’s played with the utmost respect and honor between players. The Army-Navy game is the epitome of what sportsmanship is supposed to be.

Unlike traditional college teams, the players on Army and Navy are not playing for potential professional consideration. After graduating, these men will go on to serve in the U.S. Armed Forces where they will defend our country. As a result, the gameplay is more intense, and one could argue, more pure. Even when the score is lopsided, the players on both teams will still give it their all until the final whistle, because that is the way they are conditioned to be.

It’s not uncommon for college football stadiums to be packed on gameday, but there is a distinct difference to the crowd when the Navy Midshipmen and the Army Black Knights play their annual game. For starters, the crowd is an ocean of servicemen and women all raucously rooting for their team to win. The stands can often become so packed that the game is literally standing room only.

To the Victor Goes the Spoils

This year, the Midshipmen beat the Black Knights by a score of 17-10. The game was the 13th win in a row by Navy and the win made head coach, Ken Niumatalolo, the winningest coach in Navy history. In fact, since Niumatalolo became the Midshipmen’s head coach, the team hasn’t lost a single game to Army. Navy now leads the series, 59-49-7 and despite Navy’s dominance over the past decade, the rivalry is as enduring today as it ever was.