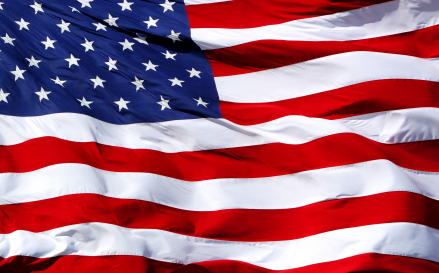 From Veterans Day in mid-November to D-Day Remembrance Day in early June, the calendar is filled with federal holidays and special days of observance that honor the nation’s military and the sacrifice each of them make or made to the American flag and all that it stands for. Just about every month has at least one that pays tribute to those who wore a uniform. But no month has more in a 31-day period than May. From arguably the most well-known of them all (e.g. Memorial Day) to the slightly lesser known (e.g. National Military Spouse Appreciation Day, National Armed Forces Day, Silver Star Service Banner Day), May is replete with holidays that allow Americans to express appreciation for those that volunteer to serve the United States of America in the Marine Corps, Coast Guard, Navy, Army, Air Force or Space Force. For this reason, May is National Military Appreciation Month.

Here are a few dates that you’ll want to circle on your calendar this month so you can celebrate and express your appreciation for active duty service members, veterans and the overall military community.

First observed in 1984 and made an official Military Appreciation Month holiday in 1999, National Military Spouse Appreciation Day is celebrated the Friday before Mother’s Day – thus it falls on a different day each year. As its title suggests, the day is designed to express gratitude for the sacrifices spouses make on behalf of their active duty service member partners who are in one of the branches of the armed forces or reserves. According to a study from Penn State University, there are approximately 1 million military spouses in the United States.

We recently wrote about the background of Spouse Appreciation Day and ideas for how you can celebrate.

Just so happening to fall on Mother’s Day this year, May 8 is the 77th anniversary of the end of World War II. On that date in 1945, Germany surrendered to the allied forces (represented by the United States, France, the United Kingdom and Poland, among other member nations), which formally brought hostilities to an end in the European theater of World War II. While WWII as a whole didn’t end for another four months (Japan surrendered August 14), historians point to V-E Day as a major turning point in the global conflict.

V-E Day is celebrated both in the United States and in several countries within Europe. In the U.S. many do so by visiting the World War II Memorial in Washington, D.C., which was dedicated in 2004. There are approximately 240,000 veterans who are still alive today, many of whom served in the European theater, according to Forbes.

One of the more recent days of observance for Military Appreciation Month, Children of Fallen Patriots Day has been recognized on May 13 since 2018, when several states made it official. While many other states have followed suit since then – such as Alabama, Florida, Michigan and Oklahoma, among others – May 13 is designed to honor the military children whose parents tragically lost their lives while serving their country. This date was chosen because that’s when Arlington Cemetery was established during the Civil War in 1864.

An ideal way to recognize Children of Fallen Patriots Day is by visiting Arlington National Cemetery, where approximately 400,000 veterans are buried. All of the brave men and women whose final resting places lie there served in a war, including the Revolutionary War.

The most well-known of all National Military Appreciation Month holidays, Memorial Day is celebrated the last Monday that falls in May. Often celebrated with family and friends through barbecues and picnics, Memorial Day is set aside to honor the brave service members who gave the ultimate sacrifice in service to the United States of America. This makes it different from other military days that honor veterans.

In addition to cookouts, thousands of parades are held around the country on Memorial Day or during Memorial Day weekend. You may want to check with your local chamber of commerce for what’s happening in your area. This website has details on the National Memorial Day Parade in the nation’s capital taking place May 30.

However and wherever you celebrate Military Appreciation Month in May, do it with the ones you love and with a military member in mind.