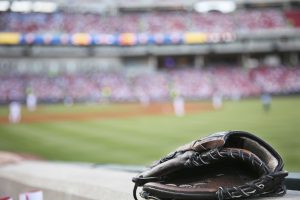 Baseball is the sport that has forever been known as “America’s pastime.” It’s the one sport that has captivated children across generations and all over the country to play the game anywhere where they could create a diamond – in the backyard, in a nearby field, or even in the street.

But, as enticing as the game itself is, nobody can deny that the atmosphere of the ball game has a lot to do with our passion for the sport. And, when it comes to atmosphere, it all starts with the stadiums where the games are being played. In certain respects, some fields and stadiums have become as important to fans as the very teams that play there.

Here is a list of the five most classic baseball stadiums that are still hosting their home teams today.

Chicago’s Wrigley Field is the home of the Cubs and it has been since 1914, making the Cubs the oldest active American professional sports team to still play in its city of origin. The stadium was originally named Weegham Park and it would be seven years before it took on the chewing gum manufacturer’s name; a name which it has kept since 1921. The stadium is a fixture in Major League Baseball with its ivy-covered walls and bold red entrance sign.

Unlike most of the newer fields in use today, Wrigley Field doesn’t have a Jumbotron and it might have just had lights installed in 1988, but all of that plays into the field’s nostalgic feel. And, with the stadium located right in the heart of the city, few ball fields offer the post-game conveniences afforded by Chicago’s Wrigleyville neighborhood.

Fenway Park’s Green Monster is just one reason why the Boston Red Sox’s home field is considered one of the most esteemed fields in any sport. It was built in 1912, making it the oldest active stadium in Major League Baseball and since its opening the stadium hasn’t exactly kept up with the times. Fenway is an intentional throwback stadium, one that’s devoid of a lot of the modern amenities found in newer stadiums and the fans love and appreciate it for being so.

Fenway Park offers fans one of the most nostalgic baseball experiences. From its odd-shaped centerfield to its seventh-inning rendition of “Sweet Caroline” to its old-fashioned charm, few baseball fields offer quite the memorable experience of catching a game at Fenway Park. Whether you love the Sox or you hate them, Fenway Park is a sure bet to be included on any true fan’s list of top ball parks.

Built in 1962, Dodger Stadium in Los Angeles, California has undoubtedly become one of the city’s most popular tourist destinations, and not just for baseball fans. This stadium is the largest in terms of capacity and it is the third oldest stadium that’s still in use in the country.

Dodger Stadium has long had a reputation as a pitcher’s stadium. To date there have been twelve no-hitters pitched in the stadium. But, when homers are hit, they’re hit. There have been five home runs hit here in which the ball soared completely out of the stadium.

Even though it only opened in 2009, replacing the “House that Ruth Built,” the new Yankee Stadium is a limestone, concrete, and granite masterpiece that is truly representative of the historic legacy that continues to be built by New York’s favorite sport’s franchise. In true Yankee fashion, the team won the World Series in the stadium’s inaugural year.

Yankee Stadium blends the nostalgic feeling of watching a ball game in a coliseum-like setting with the very latest amenities and features. This stadium is over the top in opulence and it’s nothing short of what you would expect for a team that has up until now won an incredible and unprecedented 27 World Series Championships.

Baltimore’s Camden Yards, also called Oriole Park, opened in 1992 and it was the first new stadium to be built in the retro fashion. The stadium was intentionally designed to look and feel like an old-fashioned ball field from the 1930s and 40s. And, of all of the retro re-builds that have since followed, Camden Yards remains the cream of the crop.

Located just a few blocks from the Inner Harbor in the Camden Yards Sports Complex, Camden Yards was built on what was once the Ohio Railroad’s Camden Station. The stadium’s builders even incorporated an old B&O warehouse into the stadium’s design, where it lines the right field. Arguably, no other modern professional sports stadium has focused on maximizing the fan experience as much as Camden Yards has. And this is exactly why the stadium is a frequent mention on most “Top Stadiums” lists, including this one.