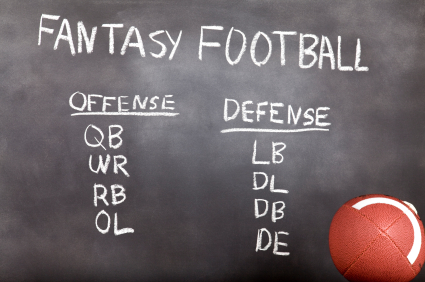 For most Fantasy Football leagues, the season is about halfway over.  Chances are, you’re at the point of the season where you’re thinking about who you should be adding to your roster and who you should be dropping.  We took a look at players who were owned by 50% or less by teams in ESPN Fantasy Football leagues through Week 7 and identified the 10 players we felt would be the best addition to your roster.

Player: Brandon Jacobs
Position: Running Back
% Percent Owned: 25.7%
Overview: I never thought Brandon Jacobs would ever be included again in any “top fantasy football” lists, but he’s starting to become an integral part of the Giants’ running game. Even with the Giants signing Peyton Hillis, Brandon Jacobs should be the go-to guy for goal line carries. If he gets a couple of shots at the end zone, he should be able to at least get a TD, earning your team 6 easy fantasy points.
Player: Keenan Allen
Position: Wide Receiver
% Percent Owned: 26.1%
Overview: Philip Rivers has been putting up great numbers this year (one of the best in the QB position) and has started to throw the ball more often to receiver Keenan Allen. Weeks 5 & 6, Allen combined for over 220 yards and 2 TDs. Even if he doesn’t maintain that same level of play in the next few weeks, he’s still a great flex option or a fill-in for a receiver that is on a bye week.
Player: Nick Foles
Position: Quarterback
% Percent Owned: 26.3%
Overview: If your QB is on a bye week, Nick Foles is a great option. Vick will not be playing against Dallas and Foles has been great his last two games against the Giants and Tampa Bay. Dallas ranks 30th in the league in defense for passing yards and tied for last with the most amount of passing TDs given up.
Player: Chargers D/ST
Position: Defensive / Special Teams
% Percent Owned: 8.0%
Overview: Not the best defensive fantasy option, but if your team’s defense is on a bye week, the Chargers are a great option with a game against the Jaguars.  The Jaguars have given up 20 fantasy points to opposing team defenses twice already this year.
Player: Brent Celek
Position: Tight End
% Percent Owned: 12.2%
Overview: Celek might be a risky pick, but with the way Foles has been playing and Dallas giving up a lot of yards, Celek could be a good flex option or tight end option if you’re starting tight end is on a bye week.
Player: Zac Stacy
Position: Running Back
% Percent Owned: 9.4%
Overview: In his first two starts, Stacy is averaging almost 5 yards per carry for the Rams. He’s definitely worth picking up if you’re trying to fill the void at running back.
Player: Percy Harvin
Position: Wide Receiver
% Percent Owned: 21.3%
Overview: Reports indicate that there is a strong chance Harvin will be back for a week 8 matchup against the Rams. Those who have had Harvin on their fantasy teams in the past know how valuable of a player he can be. He now has a better quarterback than Ponder throwing him the ball making him a great pickup if nobody has taken him yet.
Player: Joseph Fauria
Position: Tight End
% Percent Owned: 2.9%
Overview: With less than 3% of fantasy teams owning Fauria, there’s a good chance he’ll be available in your league. Despite the low yardage, he has already caught five touchdowns in six games, including a 3 touchdown game against the Browns last week. He certainly is a gamble, but he might increasingly become an end zone target for Stafford.
Player: Mason Crosby
Position: Kicker
% Percent Owned: 33.7%
Overview: The kicker is usually the position fantasy owners care least about, but it can be the difference in winning or losing a game. Crosby plays for the high scoring Packers and, at minimum, will get you a couple of extra point kicks.  With the injuries to Cobb and Jones, the Packers might be kicking more field goals than usual, making Crosby a worthwhile pickup especially if you’re in the market for a kicker.
Player: Andy Dalton
Position: Quarterback
% Percent Owned: 24.12%
Overview: If you’re looking for a QB to fill a bye week, go with Foles (if he’s available). However, if you’re looking for a QB for the long-term, Dalton is a solid pickup. He has thrown for over 200 yards in all six of his starts, including a 337 yard / 3 TD game last week against the Bills.  He might not be a top 10 QB in terms of fantasy points, but he should continue to put up decent numbers as long as he has A.J. Green to throw the ball to.