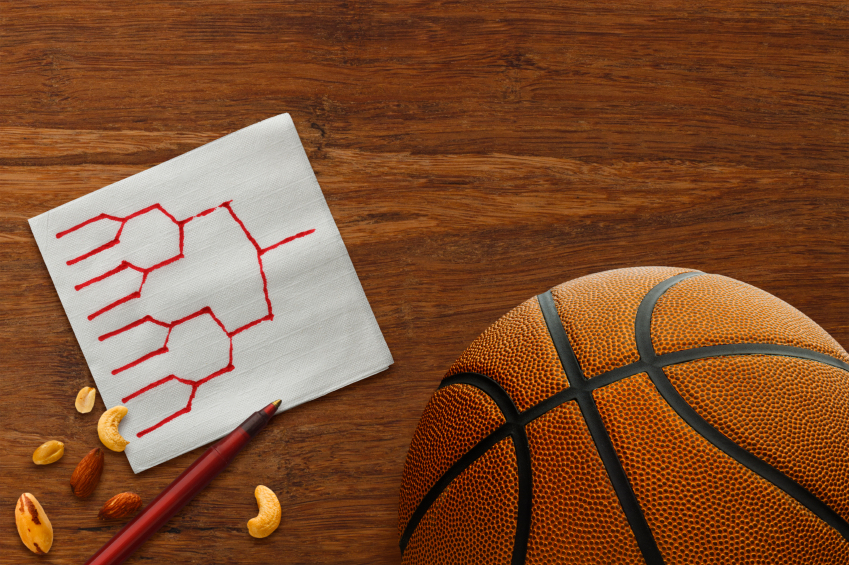 On March 17 the 2015 NCAA Men’s Basketball Tournament will begin. This means that the days leading up to the start of the tournament will see a frenzy of activity as hundreds of thousands of people across the country scramble to get their picks in as to who they think will take the home the trophy. From workplace bracket sheets to friendly bets to online competitions, nothing gets the competitive juices flowing like March Madness.
But, how much do you really know about the Big Dance? With the tournament just a few days away, we thought we’d share ten facts you might not know about March Madness.

#1 – UCLA Has the Most National Titles

From 1964 to 1975, UCLA earned an amazing ten national titles. Currently, the school has eleven national championships, the most of any college in the country. Kentucky is in second with eight followed by Indiana and North Carolina with five each.

In 1970, Notre Dame guard, Austin Carr, scored 61 points in the Fighting Irish’s first-round win over Ohio. That total is a record that has remained unbroken for more than 40 years. The closest anyone has come to breaking it was in 1987 when Navy’s David Robinson scored 50 points.

#3 – At Least One #1 Seed Usually Makes the Final Four

The 2008 NCAA Tournament marked the very first time in the history of the seeded tournament that all four #1 seeds made the Final Four. The teams included Kansas, Memphis, North Carolina, and UCLA.

The lowest seeded team to ever win the NCAA tournament was Villanova in 1985. The team entered the tournament as the #8 seed and eventually beat Dayton, Michigan, Maryland, and North Carolina to enter the Final Four. Villanova then beat Memphis State to advance to the championship game against the #1 seed Georgetown. The Wildcats upset the Hoyas 66-64 in a stunner.

The 1966 NCAA tournament was a landmark for racial equality in collegiate sports because it was the first time an all-black team (Texas Western, now UTEP) would win the national championship. In 1984, Georgetown coach, John Thompson, would become the first African-American coach to win the NCAA tournament.

#10 – Think You Have the Perfect Bracket? Think Again!