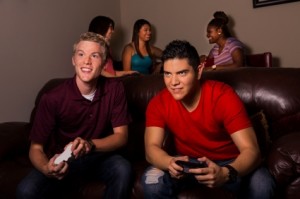 If you’re an avid gamer, then you are probably counting down the days until September, 9, 2014. But, in the event that you have been living under a rock or your life has just been busier than normal, that’s the release day for one of the year’s most anticipated console game releases – Destiny.

Why is Destiny So Anxiously Awaited?

Destiny was developed by Bungie, the company that created the hugely successful Halo series of games, so that relationship alone is worth the price of admission. It’s also being published by Activision, a company that is well-regarded as one of the industry’s best.
But, besides the game’s reputable and reliable parentage, Destiny is a first-person, shared-world shooter; the first of its kind in this regard. You play not only as the game’s main character, but as its creator as well. The game is innovative in that it allows players to play solo, but it also offers the ability to seamlessly patch up to two other players into the game at any moment in order to form a fire-team. This can be very helpful when taking on large-scale fights or explorations. The game’s designers also intend on making certain public events available for players to participate in at their leisure.
Never before has the player had so much involvement in how the game progresses, hence the name, Destiny.

What is Destiny’s Story About?

The events in Destiny take place 700 years in the future in the last city on Earth. Over the city lies a huge alien object, but nobody knows what it is, where it came from, or what its purpose is. The city’s populace only knows that it is called The Traveler and that it is the city’s protector.
Earth’s final city is under constant attack by alien creatures from the fringes of the universe. The creatures want to destroy the city and lay claim to the planet. You play as one of the Guardians. Your task is to defend Earth’s remaining survivors against the alien threat while also trying to discover the source of the creatures and ending their threat once and for all.

Destiny features three distinct game modes – Story, Explore, and Crucible.
In Story mode, players play through the game’s missions and quests in a specific order, thus revealing Destiny’s storyline along the way in the sequence that the writers intended.
In Explore mode, players can explore the world’s maps without the need of finishing quests. Explore mode allows players to explore the world at their own pace, find secret items or hiding spots, and complete mini-quests.
Crucible mode is where two players can go head-to-head in player-versus-player (PvP) combat. While Crucible mode does nothing to advance the game’s storyline, players can level up and earn loot rewards that can prove useful when they return to Story mode.
The game also offers an area called, The Tower. This area isn’t a mode, but it does offer players an area where they can find and speak to merchants and accept “Bounties.” Bounties are rewards offered to Guardians that when the assignments are completed, get paid. An example of a Bounty is killing a certain number of enemies without accruing any damage.

Destiny is going to be released on September 9, 2014 in the United States. The game will be released simultaneously for the PlayStation 3, PlayStation 4, XBOX 360, and XBOX ONE. While the game is not going to be initially released for the PC, the designers haven’t ruled out developing a PC version in the future. Destiny is rated T for Teen by the ESRB.
Destiny is going to be available in several different “editions.” Besides the Standard edition, it will also be released in a Limited Edition ($99.99 ERP), a Ghost Edition ($149.99 ERP), and a Digital Guardian Edition ($89.99 ERP). There will also be timed launch exclusives for the PlayStation versions, which after a certain period of time are expected to be made available to XBOX users.

As of August 12, 2014, Destiny became the most pre-ordered new franchise in the history of the video game industry. With its bleeding-edge graphics, comprehensive storyline, and familiar gameplay, along with the fact that it’s being released by the makers of Halo, it’s not hard to see why.
Ready to claim your Destiny? Pre-order your version of the game today, or get in line at your local video game store or Best Buy because odds are the game will have a midnight release and copies will sell out fast!