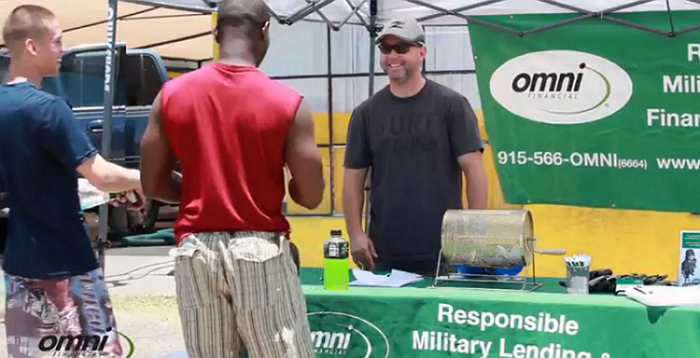 While May was Military Appreciation Month, Omni Financial and countless other businesses, organizations, and media outlets show their support to America’s heroes year-round.  From intimate local gatherings to large national events, people are happy to express their gratitude to our troops.
For example, on June 7, Omni held a Car Wash Event at Fort Bliss. Military members were invited to get their car washed for $1. Here are just a few other military appreciation events that took place around the country within the past six months.