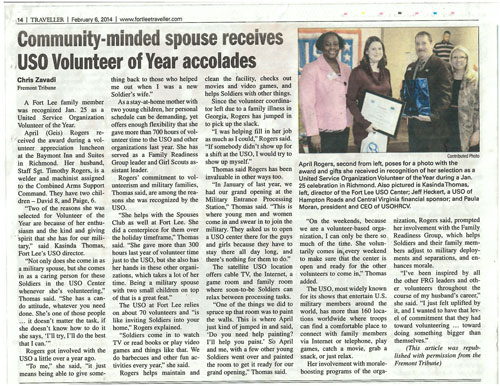 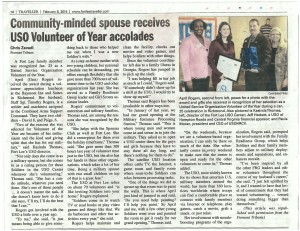 Omni’s community support as featured in the Traveller on February 6, 2014: On January 17th, Omni General Manager Jeff Heckert of Omni’s Prince George, VA office and a USO of Hampton Roads and Central Virginia financial sponsor, and several other USO officials were front and center at the award ceremony for USO “Volunteer of the Year” April Rodgers. This award luncheon was held at the Baymont Inn and Suites in Richmond. According to Kasinda Thomas, Ft. Lee’s USO Director, April, a military spouse, was selected as “Volunteer of the Year” for her never-ending enthusiasm and the kind of giving and caring spirit that she demonstrates throughout the year for our military. Congratulations April! for a job well done!