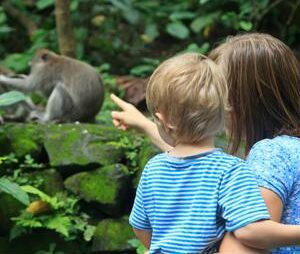 There’s an awful lot to like about Norfolk, Virginia. Located in the southeastern portion of the state and a brief 25-minute ride from beautiful Virginia Beach, Norfolk is a hopping community, with a population of nearly a quarter million people. As someone who serves in the armed forces, you probably already know that Norfolk is known for its military bases. Naval Amphibious Base Little Creek is considered one of the most important strategic installations throughout the East Coast and NS Norfolk Naval Base is the very largest naval station not just in the United States, but the entire world, hosting approximately 130 aircrafts and 75 ships, it also serves as a thoroughfare for over 3,000 ships in any given year.

But there’s so much more to Norfolk than its affiliation with the Navy and veteran community. It’s a great destination when you’ve got time on your hands and are looking for fun things to do. In fact, it was named one of the country’s best locations to live in or visit by Travel+Leisure magazine in 2017. This is due to, in part, its national maritime history, downtown restaurants and city attractions such as art museums and the nearby children’s museum.

Here are just a few of the things you can do in this corner of the Old Dominion State:

1. Camp-Hubbard House
As one of the 13 original colonies, with the nickname the “Mother of States,” Virginia is steeped in history. And there are plenty of destinations that can take you back in time. For instance, over on the aptly named West Freemason Street stands Camp-Hubbard House. Built in 1852, this Greek Revival one-story portico precedes the Civil War by nearly a decade and at the time, served as a local bank. Fast forward to today, it’s the only local bank that still stands following the conclusion of the Civil War back in April 1865 and still has many of the same installations that were there way back then (such as the cast iron fencing that surrounds the building). In short, if you or your family members enjoy American history, Camp-Hubbard House is not to be missed. Check VisitNorfolk.com for more details about this location and to see if you can arrange a tour.

2. Armed Forces Memorial
Memorial Day may be several months from now, but with Veterans Day fast approaching, you may be thinking about ways you can pay tribute to those who served the U.S. and gave their lives in that service. A very special place to do just that is at the Armed Forces Memorial on Waterside Drive in Town Point Park.

Aside from being a breathtaking location – nestled between the Elizabeth River and the downtown area of Norfolk – the Armed Forces Memorial contains numerous pieces of history that explore what life was like for soldiers back in the 19th and early 20th century, as told through their correspondence to family and loved ones. Unlike other memorials both in Virginia and other parts of the country, the Armed Forces Memorial catalogues wartimes throughout the years from the Revolutionary War in 1775 up to the Gulf War in 1990. There’s a website with an electronic brochure that offers a sneak peek into what you’ll find here. Word to the wise: Bring a box of tissues.

3. Elizabeth River Trail
Speaking of the Elizabeth River, you may be looking to do some leaf peeping with the leaves turning those familiar shades of red, yellow, orange and gold. You can do that and much more along the Elizabeth River Trail. Over 10.5 miles, the foliage serves as the backdrop to the gorgeous waterfront that this portion of Norfolk is best known for. With lots of room for walking, running and bike riding, you can comb the ground on foot or pedal. Along your route, you’ll pass a litany of destinations like Harbor Park, Norfolk State University, the Sentara Loop, Fort Norfolk, Lambert’s Point and Old Dominion University. What’s cool about the trail’s highlights is that they’re all relatively close to one another, so when you think you’re done looking at one place, up pops the next. Visit the website and you’ll see what we mean.

4. Haunted Norfolk
Hair-raising experiences can be thrilling when they’re all in good fun, and those still in the Halloween spirit may be looking for a good scare. In Haunted Norfolk, you’ll learn more about the Ghost of Willoughby Spit, an apparition that only appears when a hurricane threatens, according to legend (the Atlantic hurricane season runs through Nov. 30). Over by St. Paul’s Episcopal Church, you’ll find a cannonball jutting out of the bricks which was launched by Lord Dunmore, the last royal governor of Virginia.

This eerie portion of the city is also where Norfolk City Jail is located. Still in use today, this facility is said to be haunted, as it has hosted a number of strange happenings that to this day are hard to explain but were very real for those that experienced them. Take a step into the weird and wild side and find out more at the website.

5. Virginia Zoo
Speaking of wild, if your house can sometimes feel like a zoo with kids running around and acting up, why not go to the place that actually is one? You’re in luck because an adventure awaits on Granby Street. Open throughout the year and festooned with hundreds of animals from around the world, the Virginia Zoo is a can’t-miss opportunity to have fun and learn all at the same time. From pandas and orangutans to wallabies, giraffes and more, the Virginia Zoo hosts a wide range of wild animals. Always wanted to visit the Land Down Under. You can come close to that on the Australia Walkabout. Emus, Wallabies, and Cassowaries – very large birds – are a few of the furry and feathered critters you’ll find in this part of the facility. Prefer cold-blooded creatures? The World of Reptiles is right up your alley, with alligators, snapping turtles, African bullfrogs, Amazon Milk Frogs and a wide assortment of slithering snakes. Plan your visit and see what time is best to arrive by heading to the zoo’s online home.

Whether you live in Norfolk or are just going for a weekend, the variety of things to do around town makes it a great place to pack your bags for. Contact us today to learn how Omni Military Loans can be of service in helping you plan your next visit.

This blog is for informational purposes only. Visit the individual websites for complete details including hours of operation, pricing and military discount information. Information can change at any time. Omni Financial does not endorse, recommend or imply affiliation with the listed companies, events or organizations.