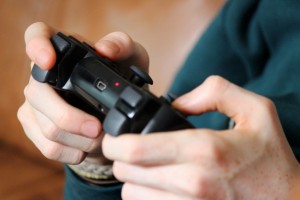 March Madness is here. So, we thought it would be appropriate to take a look back at some of the all-time best basketball video games ever made. From innovative but outlandish hoops action to state-of-the-art life-like gameplay, the top five basketball video games represent practically every genre in this popular pastime.

Ready for the tip-off? Get geared up for March Madness by revisiting these five must-play basketball video games.

Of course, history has no shortage of incredible basketball simulations. The above five are often considered among the best, but they’re not the only games in town. Other titles that could have easily been mentioned on this list include NBA 2K1, NBA Inside Drive 2002, NBA Live 2000, and NBA 2K13.