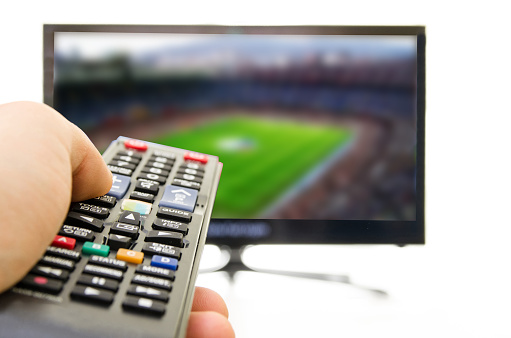 So many military families stationed all over the country are always looking for ways to reduce their expenses, so they can save more money. The process of cutting down usually involves taking a close look at the finances, finding those expenses that aren’t “essential,” and getting rid of them. Such expenses commonly include magazine subscriptions, fast food dinners, gym memberships, club memberships, expedited shipping costs, and the like.
But, one thing that many families don’t even think about cutting back on is their cable package. But for many families, the cable bill is among the most expensive they pay every month. Depending on the type of package you have, your cable bill could easily eclipse your essential bills, like your utility and cell phone bills.
Cable television is ingrained in just about every American household, and most have never considered giving it up. But, thanks to the rise in streaming platforms and free high-definition over-the-air (OTA) signals, traditional cable is no longer essential. Today there are plenty of less expensive options that can help you still get the channels you love most, but at a fraction of the cost. This guide will give you the information you need to cut the cord and save money, all without sacrificing your favorite shows.

Cutting the cable TV cord can save you money and you don’t have to sacrifice watching your favorite shows.

If you watch primarily local channels, then you can get rid of your cable package and go back to watching antennae television. All you need is an inexpensive window antenna like this one. Just stick it in your window and connect the coaxial cable to the antenna input on your TV. Scan for channels and you will be surprised to discover how many channels you can get over the air.
If your home is some distance away from the nearest TV tower, then you will probably need a rooftop antenna. Window models usually grab signals from 60 to 80 miles, but a rooftop model can catch signals from up to 150 miles away.
If you want to keep your broadband Internet service and just get rid of your cable programming, then you can drop just your television package and sign up for a streaming service. If your television has a wireless network connection, then you might not even need any additional hardware other than your wireless router.

There are several providers of streaming entertainment, but some have been at it longer than others, making them more reliable and easier to use. Here’s a list of some of the top streaming services and what you’ll need to take advantage of them.

Here’s a list of some of the top streaming services and what you’ll need to take advantage of them.

Click To Tweet
Netflix – Netflix is one of the leading streaming services in the world. It offers an extensive library of movies, documentaries, comedy specials, television shows, and original programming. What Netflix doesn’t have, however, is live TV. The television programs it has available are previous seasons, although the company does tend to get the latest seasons for shows not long after their seasons are over. Netflix is ideal for those who like to “binge” watch shows, which means watching one episode after another, after another, and so on. The basic tier for Netflix is $7.99 a month, with more expensive tiers available if you want to be able to watch it on additional screens at the same time.
Hulu – Hulu is a lot like Netflix in that it offers past seasons of television shows, movies, and original programming. The cost for a basic Hulu subscription is $7.99. But, Hulu also offers a live TV package that enables you to stream all its content along with 50+ live and on-demand channels for $39.99 per month. It offers a free one-month trial for the live TV package if you want to try it before you buy it.
Amazon Fire TV – Amazon Fire TV requires a Fire TV streaming media player, which costs anywhere from $40 to $70 depending on which model you select, and an Internet connection. Other than the cost of the device, there is no other monthly charge other than for those of your streaming subscriptions. If you have a Prime membership, then you can enjoy a wide range of free movies and television series. Because Fire TV uses a streaming media player, you can also use it to watch Netflix, Hulu, DirecTV Now, and other streaming services. You can also download apps to it, which turns it into more of an entertainment system rather than just a streaming service. Newer models of the Fire TV media players also include Amazon’s popular Alexa service.
Apple TV – Apple TV is a lot like Amazon Fire TV in that it requires a small media player to be connected to your TV and the Internet. Like Amazon’s service, you can download apps to the media player and it has Siri built-in. There’s not a tone of differences between the services other than their looks and interfaces. If you’re an Apple purist and all your other devices are from the company, then this will no doubt be the service you want. Apple TV offers two different models, a 32GB model for $149 and a 64GB model for $199. Older models are also available for $69. Like Amazon, once you pay for the device, there is no other charge other than from the streaming services you choose to subscribe to.
Roku – Roku is a small streaming device that gets connected to your TV and the Internet. This device is like Apple TV and Amazon Fire TV in that it serves as your gateway to entertainment. Any streaming services you choose to subscribe to are streamed through the Roku device, although the Roku does come with a few channels included for free. Roku devices start at $29.99 with more powerful and feature-packed models costing up to $99. There is no monthly fee for using Roku other than the cost of your streaming services.
Chromecast – Chromecast is Google’s foray into the streaming world. Available for about $30, Chromecast is a dongle that gets connected to one of your television’s HDMI inputs. While it doesn’t offer any programming on its own, it works by streaming content from your phone, tablet, or computer. So, if you have a Netflix subscription, you would cast the Netflix signal from your device to the Chromecast, which plays the video on your TV. Chromecast works with just about all of the streaming services and you can even stream your music to it using Google Play Music or any other service or app that is compatible with it.
DirecTV NOW – DirecTV NOW is a streaming version of the DirecTV satellite TV service. It doesn’t require a dish, but you do need either a media player like those listed above or a SMART TV to stream the service. DirecTV NOW is available in several packages ranging in price from $35 per month to $70 per month. The higher the tier, the more channels you get. Plus, if you’re an existing AT&T mobile user, you can get a discount on the service. As an added benefit, your subscription also enables you to watch programming on many (but not all) network apps included in your package.
Sling – Sling offers an affordable 25-channel package for just $20 per month and it gives you a seven-day free trial to try it out. Other tiers include a 40-channel package for $25 and 50 channels for $40 per month. You can also bulk up your programming by adding extra specialized packages for comedy, sports, kids, news, lifestyle, ala carte premium channels, and more.
It is important to note, that while some of the streaming services above require hardware, no hardware is necessary if you have a modern gaming console like the PlayStation 4 or XBOX One. In fact, PlayStation even has its own television streaming service called PlayStation VUE. It is available in four tiers ranging from $39.99 to $74.99 per month.

Finding the Right Service for You

Each streaming service comes with its own unique programming, so comparing them and what they have to offer is an important step in selecting the best one for your needs. For instance, if you love watching Investigation Discovery, then you’ll have to see which service offers it and how much that tier will cost. For instance, it is available in the basic tier on DirecTV NOW and PS VUE, but it’s not included in any of Sling’s tiers.
Your lifestyle and preferences are also going to play big roles in which one you choose. As stated earlier, if you’re a die-hard Apple fan, then odds are you’ll choose Apple TV. If you have an Amazon Prime account, then you’ll probably want Fire TV, whereas if you are an Android user, then Chromecast might be more to your liking.
Compare what each has to offer in terms of programming and cost and take advantage of the free trials if applicable. Ultimately, whichever you choose, you’ll still be saving a ton of money over traditional cable.