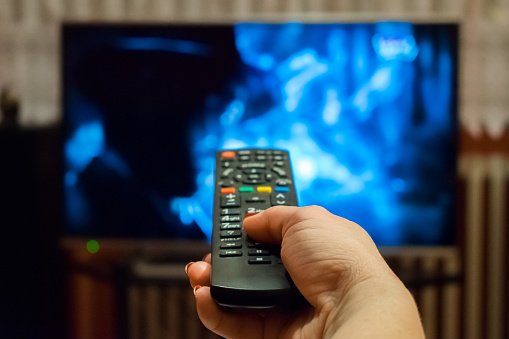 Whether in the form of comedy, drama, or science fiction, television shows about the military have long been a staple for American viewers. In fact, there are several military-based programs considered among the very best shows ever made.
Here, we count down the top 10 military TV shows of all time.

#10: China Beach
China Beach was a drama series that aired for four seasons, from 1988 to 1991, on ABC. It was set at an evacuation hospital during the Vietnam War and based on the book Home Before Morning (1983), which was written by Lynda Van Devanter, a former nurse in the U.S. Army. The show’s title comes from the nickname given to My Khe beach in the city of Đà Nẵng, Vietnam by American and Australian soldiers during the Vietnam War. It starred Dana Delaney, Marg Helgenberger, Nan Woods, Michael Boatman, and Robert Picardo.
#9: Gomer Pyle, U.S.M.C.
Gomer Pyle, U.S.M.C. was a spin-off of The Andy Griffith Show. It was a situation comedy that followed the exploits of Mayberry’s own Gomer Pyle as he made his way through Marine Corps boot camp. The show aired for five seasons on CBS from 1964 to 1969. Starring Jim Nabors as the aloof Gomer Pyle, the show was an instant hit, even finishing as the second-most popular show at the time it went off the air. Unlike many military shows, Gomer Pyle, U.S.M.C., which aired during the Vietnam War, was not political in nature and it never even mentioned the war that was ongoing at the time.
#8: McHale’s Navy
McHale’s Navy was a half-hour sitcom that aired for four seasons, from 1962 to 1966 on ABC. The series was a comedic spin-off from an earlier hour-long one-shot drama called Seven Against the Sea, which aired in 1962. McHale’s Navy starred Academy Award winner Earnest Borgnine as Quinton McHale and it took place during World War II. In the show, McHale is the commanding officer of the U.S. Navy PT boat, PT-73, which is stationed at the Pacific island base Taratupa. During the war, the Japanese bomb the island heavily, destroying the base and leaving just 18 men alive. McHale and his men avoid the Japanese by hiding on the island.
#7: The Rat Patrol
The Rat Patrol was an action and adventure television series that aired for two seasons from 1966 to 1968 on ABC. The show took place during World War II and it followed a team of four Allied soldiers — three Americans and one Englishman — who were part of a desert patrol group in North Africa. Their mission was to divert and/or destroy Field Marshal Rommel’s Afrika Korps. The four main players were Christopher George, Gary Raymond, Lawrence P. Casey, and Justin Tarr. Although the show was rather loose with its historical accounts, it did do rather well during a time when military shows weren’t performing as well.
#6: Hogan’s Heroes
Hogan’s Heroes was yet another half-hour sitcom, this one situated in a fictional German prison camp during World War II. The show ran from 1965 to 1971 on the CBS network. It starred Bob Crane as the quick-witted Colonel Robert E. Hogan, who headed an international crew of Allied prisoners who were running a Special Operations group from within the camp right under the nose of Colonel Wilhelm Klink (Werner Klemperer) and his incompetent sergeant-of-the-guard, Sergeant Schultz (John Banner).
#5: Battlestar Galactica
In 2003, the 1978 series, Battlestar Galactica, was reimagined into a ground-breaking military science fiction television series by Ronald D. Moore. The show had its start as a four-hour miniseries in December 2003 on the Sci-Fi (Syfy) Channel, and following it ran for four more seasons before airing its final episode on March 20, 2009. The show starred Edward J. Olmos, Mary McDonnell, Katee Sackoff, Jamie Bamber, and scores of others. The miniseries dealt with the destruction of civilization on Earth by the man-made Cylons with the remainder of the series following the survival of the human race and the ongoing war with the Cylons.

These military-based programs are considered among the very best shows ever made.

Click To Tweet
#4: Combat!
Combat! originally aired on ABC from 1962 until 1967, making it television’s longest-running World War II drama. The show covered a squad of American soldiers who were fighting the Germans in France during the war. The program’s leading duo were Rick Jason, who played platoon leader Second Lieutenant Gil Hanley and Vic Morrow, who played Sergeant “Chip” Saunders. Combat! was unique in that the two top stars would swap the lead role in alternating episodes.
#3: The Pacific
The Pacific was a 10-episode military drama that aired in 2010 on HBO as a companion piece to the network’s 2001 miniseries, Band of Brothers. The show was based on the memoirs of Eugene Sledge, Robert Leckie, and Chuck Tatum and it followed the 1st Marine Division and its historic battles in the Pacific, Okinawa, and the Battle of Iwo Jima. The Pacific starred James Badge Dale, Jon Seda, and Joseph Mazella and both Steven Spielberg and Tom Hanks served as executive producers.
#2: Band of Brothers
Band of Brothers was a hyper-realistic World War II drama miniseries that aired on HBO in 2001. It was based on Stephen E. Ambrose’s non-fiction book of the same name. The miniseries accurately depicted the history of “Easy” Company (a part of the 506th Parachute Infantry Regiment, 101st Airborne Division). It followed the Company from jump training to its participation in battles in Europe and from Japan’s capitulation to the end of the war. The show starred Damian Lewis, Scott Grimes, Donnie Wahlberg, and Ron Livingston and it was executive produced by Steven Spielberg and Tom Hanks. Band of Brothers would go on to win the 2001 Emmy and Golden Globe awards for best miniseries.
#1: M*A*S*H
M*A*S*H was one of the highest-rated TV shows in history and it is still considered one of the very best (and most beloved) shows to ever air on television. It ran from 1972 to 1983 on CBS and it was adapted from the 1970 feature film M*A*S*H, which was based on a 1968 novel, MASH: A Novel About Three Army Doctors, by Richard Hooker. The series followed a team of doctors and their eclectic support staff stationed at the “4077th Mobile Army Surgical Hospital” in Uijeongbu, South Korea during the Korean War. Although the show was classified as a half-hour situation comedy, it did have serious and somber notes and no laugh track, thus making it more of a dramedy. M*A*S*H starred Alan Alda, Loretta Swit, Jamie Farr, Wayne Rogers, William Christoper, Mike Farrell, and Harry Morgan, just to name a few. The final episode of this landmark series titled “Goodbye, Farewell and Amen,” was the most-watched and highest-rated single television episode in U.S. television history at the time.

The final episode of M*A*S*H was the most-watched and highest-rated single television episode in U.S. television history at the time.