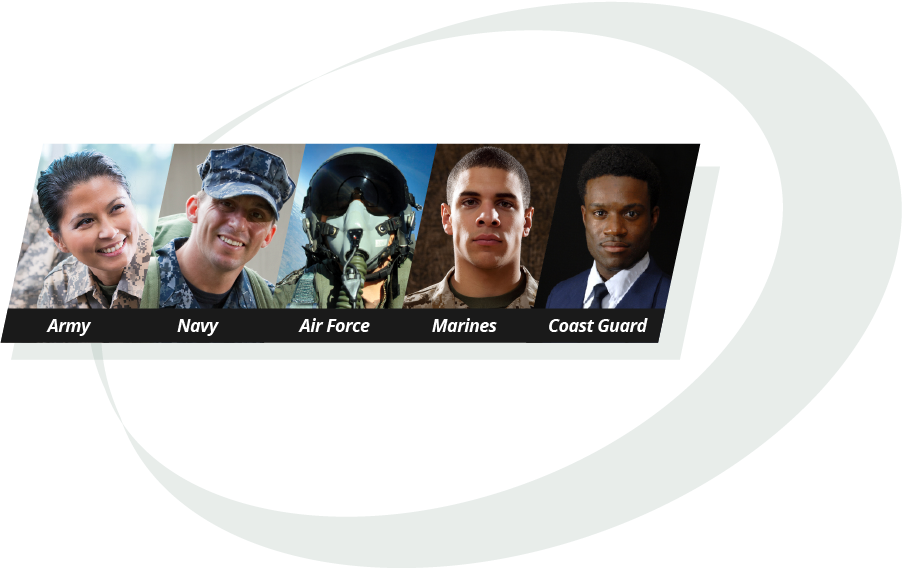 Grateful Americans who are proud to celebrate and honor service members of today and yesterday have many opportunities to do so. From Memorial Day at the end of May to Veterans Day in the middle of November, every day is a good day to salute the nation’s military men and women.

But there is another date on the calendar that doesn’t get quite as much recognition as do the aforementioned days of observance. It’s Armed Forces Day, and while it’s not a national holiday, the third Saturday in May is a day that more people should know about, including military personnel and their families.

What is Armed Forces Day?

Falling on the third Saturday in May, Armed Forces Day is a more generalized military-focused holiday that acknowledges the efforts and contributions of all military members, whether they’re veteran or active duty, regardless of branch. Unlike Veterans Day, which commemorates those who are no longer serving, or Memorial Day, which honors the men and women who gave their lives for the cause of freedom, often in war, Armed Forces Day pays tribute to anyone who has worn a uniform.

When did Armed Forces Day begin?

The background of Armed Forces Day is pretty interesting. It was the brainchild of Louis Johnson. Serving as Secretary of Defense during the Truman administration, Johnson announced this special day on August 31, 1949, around this same time that the government decided the Defense Department would act as the oversight body for the five branches of the military.

Armed Forces Day called attention to this fact, and also replaced several other days of dedication that were affiliated with individual branches, such as Air Force Day, Navy Day, Army Day and Marines Day.

“Armed Forces Day, Saturday, May 20, 1950, marks the first combined demonstration by America’s defense team of its progress, under the National Security Act, toward the goal of readiness for any eventuality,” Truman stated, as quoted by Military.com. “It is the first parade of preparedness by the unified forces of our land, sea, and air defense.”

It wasn’t until 1961, during the Kennedy administration, that Armed Forces Day became an official holiday.

How was the first Armed Forces Day in the United States celebrated?

Identifying how the United States celebrated the original Armed Forces Day is worth noting, given dozens of countries have their own variations on the holiday. In other words, it’s not an exclusively American holiday. Be it South Africa and Nigeria to Azerbaijan and Armenia in Asia to Greece and Italy in Europe, Armed Forces Day is celebrated all around the world. Parades are a common way these and other nations ring in the special occasion.

Parades were how the original Armed Forces Day in the United States was celebrated as well. In the nation’s capital, more than 10,000 troops combined (from all five branches) marched down Pennsylvania Avenue, which is where the White House is located. Truman and several other lawmakers were in attendance, according to Military.com. Open houses, receptions and air shows were also part of the festivities.

What are the best ways to celebrate and honor Armed Forces Day?

There is no bad way to honor the nation’s military. Some service members may find it awkward or unusual to celebrate the holiday, but doing so is a way to show their respect and appreciation for fellow military personnel, both past and present.

Here are a few activities you and your family can take part in to make Armed Forces Day truly special:

The fact that Armed Forces Day falls on a Saturday makes it the ideal holiday for a parade. With people out of work and school during the weekend and traffic typically quieter, Armed Forces Day is the quintessential day for enjoying a parade as a spectator.

Check your community’s official website in the weeks leading up to Armed Forces Day. There is bound to be an event occurring where you live. The longest-running Armed Forces Day Parade is held annually in Bremerton, Washington. Home to the Puget Sound Naval Shipyard, Bremerton is approximately an hour’s drive from Seattle.

Another advantage of Armed Forces Day is the time of the year it’s celebrated. Falling in the middle of May, Armed Forces Day occurs right around the time that temperatures are getting warmer, reaching levels that make it more comfortable to stay outdoors. You may want to take advantage of the pleasant weather with a traditional barbecue or family cookout.

Consider inviting extended family members, friends or neighbors to make the gathering extra special and enjoyable. This is also a good way to ensure you can hold a cookout on a budget. Ask those who are attending if they’d be willing to bring a traditional cookout dish to share, such as potato salad, garden salad, pasta salad, hamburger and hot dog rolls or a fruit medley.

Come up with a yearly theme

Since 1950, every Armed Forces Day has had some kind of theme associated with it. Appropriately, the first was called “Teamed for Defense,” as Armed Forces Day enjoined all the branches under one central authority in the Department of Defense.

Your theme doesn’t necessarily need a unique label or cause. It can be something very basic. For example, if you have young children and you want them to learn more about how some of the branches were formed, you may want to focus on one branch each year. Since Armed Forces Day has already passed, you may want to begin next year with the Army, which is the United States’ oldest and largest military branch. Perhaps your kids have grandparents who served or know a veteran. Hand-made cards or a plate of cookies demonstrates your family’s appreciation for all that they’ve done.

Participate in a road race, fun run or walk

Just about every holiday has some competition associated with it, be it the turkey trot around Thanksgiving or jingle jogs in the days leading up to Christmas. There is likely a 5K or similar type of race happening on Armed Forces Day in your area – check your base, town or city’s official website to see if anything is happening. If there is nothing there, you may want to check out your town’s social media pages on Facebook or Twitter.

Alternatively, if nothing is planned, you can start to put a race together for 2022 now! All it takes is some promotion and organizing, which you can probably do on your own or with the assistance of social media. There should be options within your preferred social media channel that allow you to invite people you know to the race. You may also be able to raise money for the event, the proceeds of which can go to a charity, such as Operation Wounded Warrior.

You’re undoubtedly aware of the discounts on dinner, gear, services or retail items from your favorite business that are available to you as a military member, often throughout the year.

But you may not know just how many that are available on Armed Forces Day in particular. Even though the third Saturday in May is not a national holiday, SeaWorld, Joe’s Crab Shack, the Indianapolis Zoo and Blue Star Museums offer discounts and freebies on Armed Forces Day.

Even if they don’t offer anything specific on Armed Forces Day, they likely do at some point during the month of May, which is Military Appreciation Month. Military Spouse Appreciation Day, Victory in Europe Day, Loyalty Day and Memorial Day all occur in May, so be on the lookout.

Taking advantage of these opportunities allows businesses to show their appreciation, while you get to support their business through your patronage: It’s a win-win.

Contact a soldier or active duty service member who is overseas

If you or your spouse has spent time abroad on active duty, you know how precious letters, video chats and text messages can be from family and friends back home. Currently, there are tens of thousands of troops serving all around the world, including in Japan, Germany, South Korea, Italy and throughout the Middle East.

A great way to celebrate the holiday and the men and women in uniform is by sending them a care package, filled with items, foods and knickknacks that they’ll love. You may want to get in touch with someone you don’t even know to surprise them. Several charitable organizations make this possible including Soldiers’ Angels, Operation Gratitude and Operation Military Matters, just to name a few. Be sure to visit these web pages so you can find out what you’re allowed to ship and what isn’t.

For over 50 years, Omni Financial has provided military loans to service members all around the world. And we couldn’t be prouder or more pleased to do business with people like you. You served the country; now it’s our turn to serve you. Contact us today to learn more.

This blog is for informational uses only. Military discounts generally require proof of military service. See individual websites for details, restrictions, expiration dates, and other information. Offers and discounts can change at any time. Omni Financial does not endorse, recommend or imply affiliation with the listed companies or organizations.