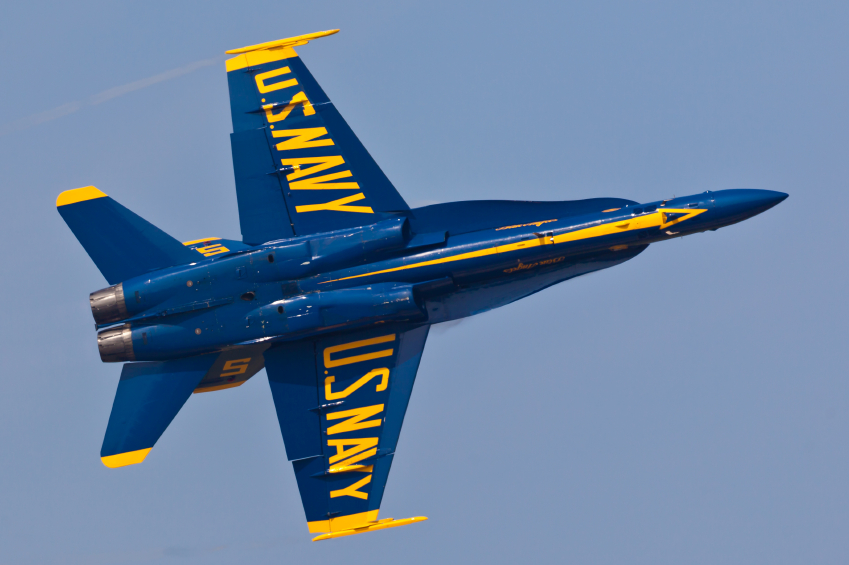 One of the many spectacular events that took place during S 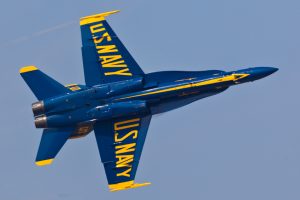 uper Bowl 50 last month was the flyover by the world-famous Blue Angels. Following the singing of the national anthem by Lady Gaga, the six Blue Angels jets in their signature Delta formation flew over Levi’s Stadium with an amazing 70,000 spectators.
The Blue Angels is the name of the United States Navy Flight Demonstration Squadron and this year marks the team’s 70th anniversary.  This elite group was established in 1946 and according to the Blue Angels website, their mission is “to showcase the pride and professionalism of the United States Navy and Marine Corps by inspiring a culture of excellence and service to country through flight demonstrations and community outreach.”  The Blue Angels moniker was chosen by one of the original team members who saw New York City’s legendary Blue Angels night club mentioned in the New Yorker Magazine.

Who are the Blue Angels pilots?

The Blue Angels pilots are active duty Navy or Marine Corps tactical jet pilots who have completed a minimum of 1,250 flight hours. To be a Blue Angel, a pilot must go through an application and interview process and receive a unanimous vote from the current Blue Angel team members. Sixteen officers serve with the Blue Angels. It is a voluntary position; the members do not get paid. Officers typically serve two to three years, and each year the team selects two support officers, three tactical jet pilots, and one Marine Corps C-130 pilot to replace the departing team members.

What do they fly?

Over the years, the Blue Angels have used 10 different types of aircraft. Today, the Blue Angels fly the Boeing F/A-18 Hornet (modified) and the Lockheed Martin C-130 Hercules. All the jets are painted in the official colors of the United States Navy.

What happens during an air show?

The Blue Angels perform a variety of challenging, precision-demanding maneuvers that involve turns, spins, and extreme speed up to 700 mph. Some maneuvers include the vertical roll, sneak pass, Delta formation, and the iconic Diamond formation. For an incredible 360° cockpit view of the Diamond formation from the slot position—and to see how the jets are just inches away from each other—view this video from USA TODAY.
Since their inception, the Blue Angels have performed for more than 484 million people. To experience the Blue Angels in person, see the 2016 show schedule and find an air show near you.