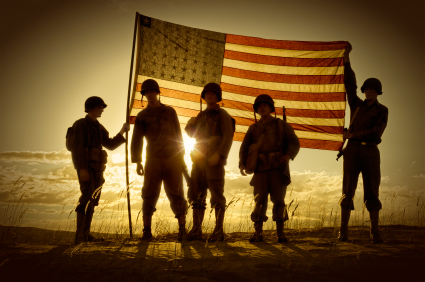 Omni Financial is proud to celebrate Veterans Day, a tribute to all Americans who have served our country during peace or wartime. We pay respect to our veterans for their contribution to the safety and security of our country and its citizens. In honor of these heroes, we’ve put together a list of 10 interesting facts you may not have known about the holiday.

7. In 1968, Veterans Day was changed to the fourth Monday in October. It was changed back to November 11 in 1975 by President Ford.
8. The first Veterans Day parade was held in Birmingham, Alabama in 1947 and remains an annual tradition.  Here is a slideshow from the 2012 parade:

9. The Veterans Day National Committee selects a national Veterans Day poster every year. The Paralyzed Veterans of America also runs an annual National Veterans Day Poster & Essay Contest for elementary and middle school students.
10. The U.S. Department of Veterans Affairs features an interactive map that allows visitors to search for Veterans Day activities in their local areas.  See if there is an event near you!
Omni Financial Remembers America’s Veterans. Thank you for your service.