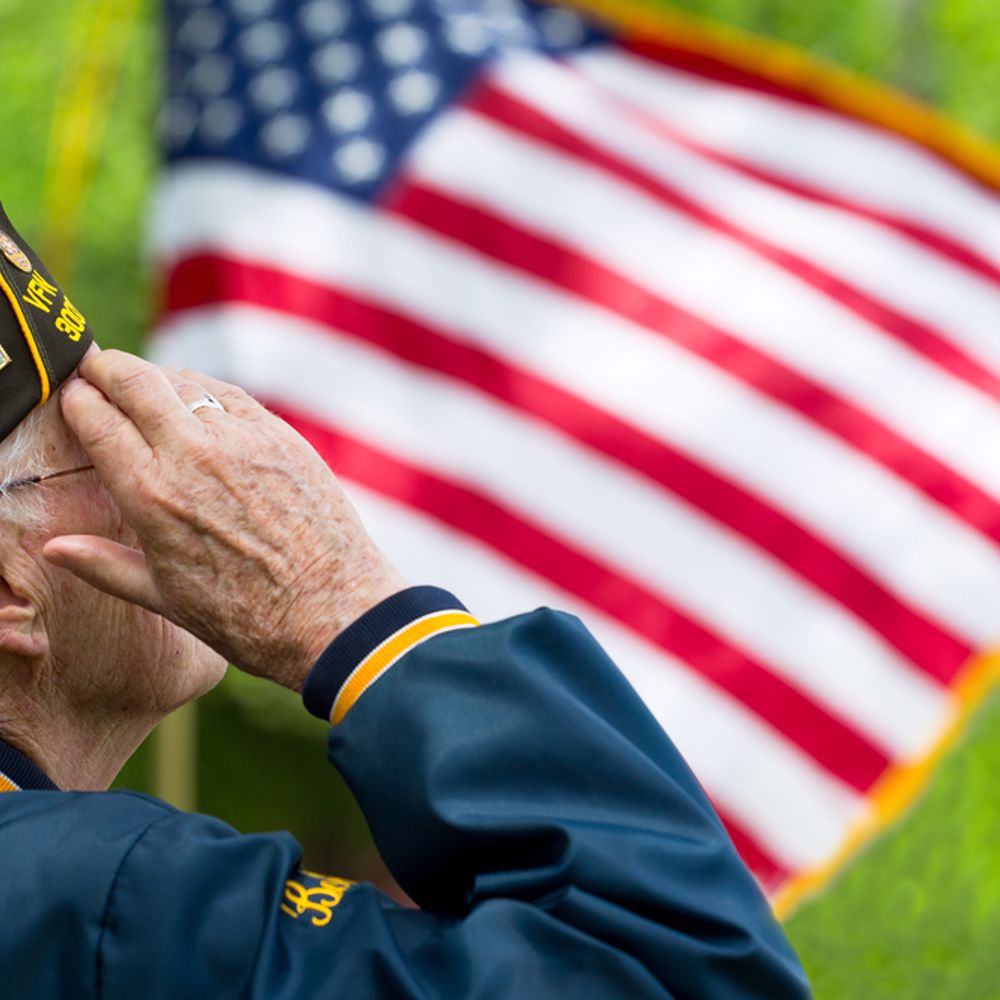 November 11th is no ordinary day on the calendar; it’s a holiday that celebrates the extraordinary. Whether they have served in the Army, Air Force, Marines, Coast Guard or Navy, Veterans Day is meant to salute the brave men and women who fight or fought for our freedoms. Originally known as Armistice Day, Veterans Day is set aside each year to honor service members who sacrifice and swear an oath of loyalty to the United States of America and preserving all that the country stands for — including “life, liberty and the pursuit of happiness.”

As an active duty member of the military, you may have your own traditions and ideas on how to celebrate Veterans Day each time November 11th rolls around. But you don’t have to wait for the federal holiday to arrive to honor a fellow veteran — you can do it every day. This article will give you some ideas of how you can do that, but first, let’s talk about how Veterans Day came to be. Charting the history of the day may give you some ideas for how to embrace the holiday and make every day special for a veteran you know or with whom you’ve come into contact.

What is the significance of Veterans Day?

Unlike Memorial Day, a more solemn holiday meant to honor those service members who died in war or  act of service to the country, Veterans Day pays homage to all of the people who were or still are a service member. While the federal holiday may seem like it’s always existed, Veterans Day as we know it is actually a fairly recent one. As noted by the Department of Veterans Affairs, the first official “Veterans Day Proclamation” occurred on Oct. 8, 1954 when President Dwight D. Eisenhower was president. As the president wrote at the time, “In order to insure [sic] proper and widespread observance of this anniversary, all veterans, all veterans’ organizations, and the entire citizenry will wish to join hands in the common purpose … I am designating the Administrator of Veterans’ Affairs as Chairman of a Veterans Day National Committee, which shall include such other persons as the Chairman may select, and which will coordinate at the national level necessary planning for the observance.”

That happened in 1954. But the precursor to the contemporary version of Veterans Day traces back to May 13, 1938, when lawmakers at the time made Armistice Day a legal holiday. A latin phrase that translates literally as “stoppage of arms,” Armistice Day was initially designed to honor the soldiers, sailors, Marines and airmen who took part in World War I. However, in the intervening years, active duty military service members were involved in additional conflicts, including World War II and the Korean War. Because of this, a number of veterans service organizations recommended changing Armistice Day to Veterans Day. Lawmakers agreed, and the holiday that initially honored World War I veterans expanded to honor all veterans, whether they participated in combat or not.

And the rest, as they say, is history. Because any federal holiday requires Congressional approval, Veterans Day has experienced a number of permutations more recently. In fact, for a brief period, it was celebrated on October 25th, when it was included in the Uniform Holiday Bill. But because several state legislatures at the time disagreed with changing the day to October 25th from November 11, it was ultimately changed back by President Gerald Ford in September 1975. If you’re a history buff, you may want to do something special on October 25th as well as a testament to your knowledge and appreciation of this historically significant federal holiday.

What are the traditional ways to celebrate Veterans Day?

Just as the military includes several different branches and hundreds of thousands of unique individuals, Veterans Day is celebrated in a host of distinct ways. Perhaps the most traditional of them all is with parades. In 2020, many Veterans Day parades were canceled due to the coronavirus pandemic and the social distancing measures that were in place. Previously, though, communities, towns and cities throughout the United States organized parades. Among the most well-known of them all is the Veterans Day Parade in New York City. Produced by the United War Veterans Council, this annual event has been celebrated since 1919, before November 11th was officially recognized as Armistice Day. This was to celebrate the Treaty of Versailles signed in 1919, formally ending World War I.

New York City’s Veterans Day Parade is the longest-running of them all and typically involves more than 25,000 individuals who are in the parade, 300 marching units, over a dozen floats and more than 150 vehicles, according to the website. Hundreds of thousands of New Yorkers, as well as those visiting the city, watch along the route, which begins in Madison Square Park in Manhattan. The parade was even held during the pandemic with no crowds present.

Another fairly common way Veterans Days is celebrated is by wearing red poppies. The significance of the red poppy also traces back to World War I, as this flower (which is technically a weed) is a common sight in several battlefields where World War I was fought. Lieutenant Colonel John McCrae wrote about the poppy in his famous poem “In Flanders Field,” which recalls how the poppy “blow[s] between the crosses row on row,” referring to the allied troops who died in combat.

While paper poppies are frequently worn to commemorate Memorial Day (originally known as Remembrance Day), they’re also donned on Veterans Day as well as a way to respect and recognize  military service members as well as military families. Some affix them to their lapels if they are wearing suits or sport coats, or you can simply attach it to your shirt.

Still others pay tribute to Veterans Day in their own way, without any significant pomp and circumstance. This may be by writing to a service member who is stationed overseas. Others simply say “thank you” to veterans they know or may volunteer in veterans hospitals. The point is not how you celebrate it but that you celebrate it.

Ideas for how to celebrate Veterans Day  throughout the year

One of the reasons holidays are special are because they’re rare — happening but once a year. But you can make veterans feel special all year long by how you go about treating fellow current or former active duty military members in your day-to-day activities.

Here are a few ideas of how to celebrate Veterans Day — or simply make a veteran’s day — every day:

Make random acts of kindness part of your routine

Again, celebrating veterans doesn’t have to be elaborate. It can be simply in how you treat those with whom you interact — including in traffic. For example, you can often spot veterans on the road if they have a veteran-designated license plate or a bumper sticker displaying their service. If you’re trailing them in traffic, consider giving them extra space, more than you would normally. Alternatively, if they’re trying to merge into traffic or cross in front of you to take a right or left on an adjacent road, wave them in.

Volunteer at a veterans hospital

According to the Veterans Health Administration, there are nearly 1,300 health care facilities throughout the United States that treat veterans. Just about every one of them is in need of volunteers. Get in touch with your local veterans hospitals to see if there are any opportunities. You can use the VA’s website to find one nearest to where you live.

As noted by Military.com, if it’s OK with them, you may want to consider sharing some of your favorite veterans’ stories whenever it’s appropriate to do so. Military topics frequently come up in conversation — especially when you’re serving — so if you haven’t discussed how someone you know got into the military or where they served (like the Vietnam War, Desert Storm or Afghanistan), take advantage of opportunities that arise.

Other ideas on how to celebrate Veterans Day include preparing or sending care packages to those serving overseas, wearing patriotic themed attire at the office on military-related holidays, writing letters or becoming more involved in organizations or legislation designed to support veterans.

At Omni Financial, we celebrate active duty and career-retired military personnel daily. We connect them with secure military loans which they may need. From $500 to $10,000, the approved funds are available to use as you choose — even if it’s to help improve bad credit. Contact us today to apply.