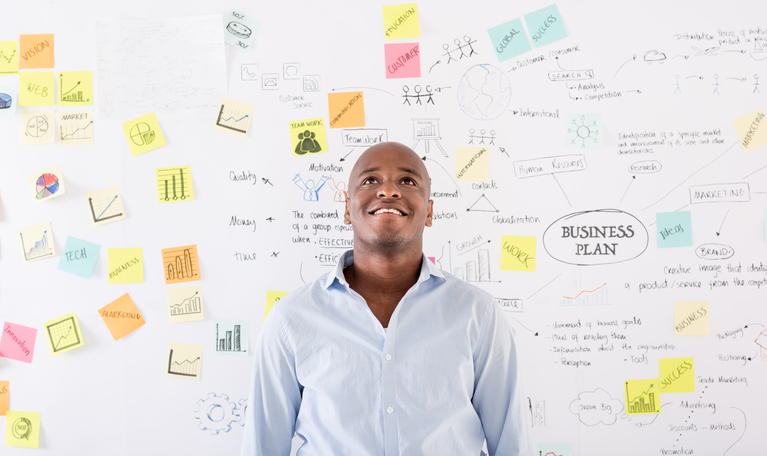 Becoming an entrepreneur requires self-confidence, leadership skills, and determination. Entrepreneurs need to inspire their teams, manage time, and be focused and flexible. With this in mind, it’s no wonder that some of the world’s most accomplished entrepreneurs were at one time, members of the United States Armed Forces.  Veterans can identify with many, if not all, of these qualities and more. They have experience overcoming challenges and making decisions under pressure‒skills needed to be exceptional leaders in the business community.

Many military veterans have achieved incredible success in business.

Famous Entrepreneurs Who Are Veterans

Here are several military veterans who have achieved incredible success in business by starting companies you have probably heard of!
Richard Kinder – Co-founded Kinder Morgan
One of the largest energy infrastructure companies in North America, Kinder Morgan, was co-founded by former Army captain Richard Kinder who served in Vietnam.  He has a net worth of $11 billion and according to Forbes, he donated $15 million to his alma mater, the University of Missouri, to support studies of the U.S. Constitution.
Dave Liniger – Co-founder of RE/MAX International
The real estate company Re/MAX was co-founded by Dave Liniger, an Air Force veteran who served from 1965 to 1971 and was stationed in Texas, Arizona, Vietnam, and Thailand. RE/MAX is the largest privately owned real estate franchising company in the world. Referencing his time in the Air Force, Liniger told Airport Journals, “I loved the camaraderie and being around airplanes and tanks and guns and the adventure of it all. It also taught me self-discipline and a sense of responsibility.”
Bob Parsons – Founder of GoDaddy
Bob Parsons, the founder of web-hosting and internet domain registrar giant GoDaddy, is a Marine Corps veteran who enlisted at age 17 and served during the Vietnam War. He was injured during combat and is a recipient of the Combat Action Ribbon, Vietnamese Cross of Gallantry and Purple Heart Medal.
Parsons founded GoDaddy in 1997 after selling his financial software company. Today, GoDaddy serves about 17 million customers and has more than 6,000 employees. Parsons credits the Marine Corps for much of his success. In Entrepreneur magazine Parsons said, “Because of the Marine Corps, I learned how to focus. They taught me how to handle responsibility and they taught me how to carry out responsibility.They taught me discipline.” Parsons is very philanthropic and established The Bob & Renee Parsons Foundation which provides funds for many organizations and charities including those that help veterans such as the Semper Fi Fund and Warrior Canine Connection.
Fred Smith – Founder of FedEx
Fred Smith is a graduate of Yale University and a former Marine Corps officer who served two tours in Vietnam and earned a Bronze Star, Silver Star, and two Purple Hearts. He is also a billionaire who founded the multinational courier delivery services company, FedEx. It’s the ninth-largest private employer in the United States and according to his profile in Forbes, Smith drafted his idea for FedEx in a college term paper.
Paul Sperry – Founder of Sperry Shoes
The global footwear company Sperry Shoes was founded by Paul Sperry who joined the naval reserve in 1917. He was an avid sailor and upon return to civilian life he fell overboard during a sail on the Long Island Sound. Motivated by this experience, he invented a non-slip shoe with grooved rubber soles. This design eventually morphed into the very first Sperry Authentic Original boat shoe. In the 1940s, a version of this shoe, the Sperry Top-Spider, became one of the official shoes of the Navy and the official footwear of the United States Naval Academy’s casual uniform.
Sam Walton – Co-founder of Wal-Mart Stores
When it comes to size, it doesn’t get any bigger than Wal-Mart, the largest company and the largest private employer in the world, employing 2.3 million people.  The retail giant Wal-Mart was founded by Sam Walton, who served during World War II as an Army captain in an intelligence unit and served at Fort Douglas.  A month before Sam Walton passed away in 1992, President George H.W. Bush honored him with the Presidential Medal of Freedom.