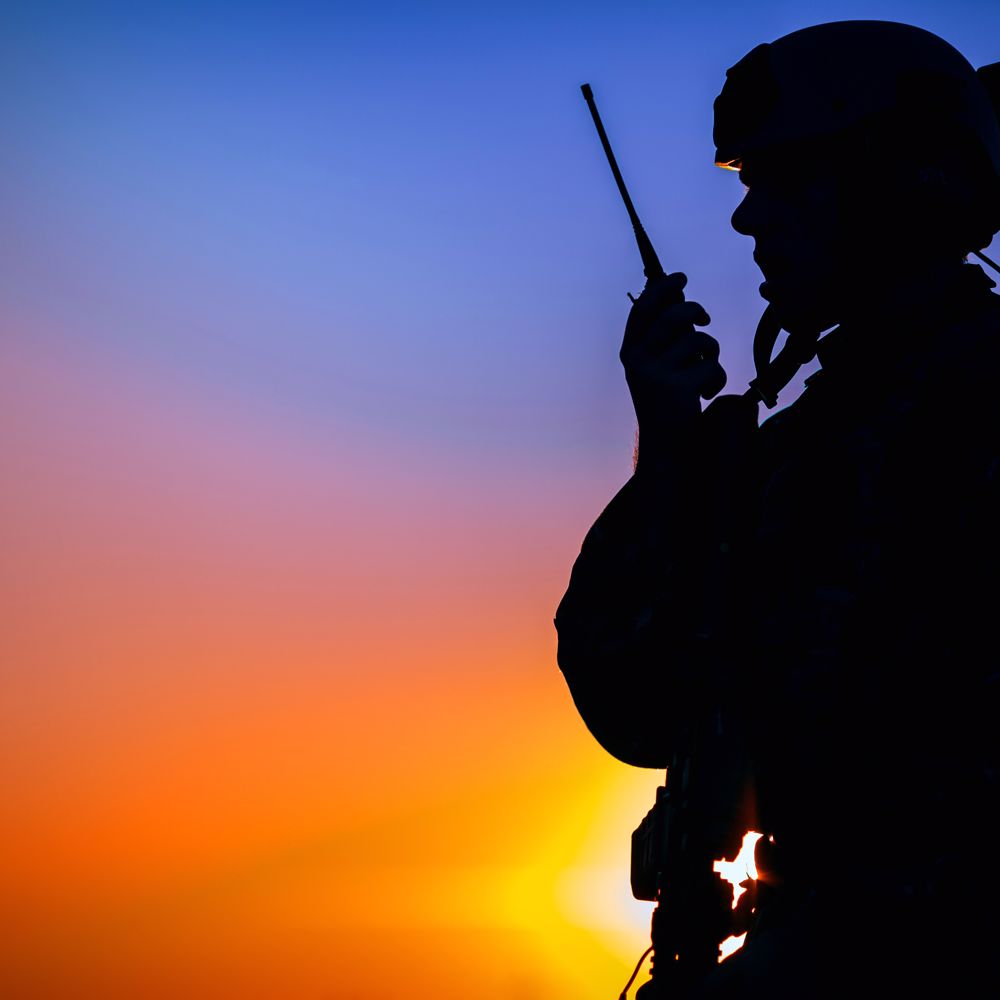 What do the words “pogue,” “jarhead,” and “polliwog” all have in common? Anyone who has spent even a little time in the military likely recognizes at least one of these words and knows their meaning. If you’re stumped, they all fall under the military slang banner. You name the industry, each one has its own lingo and vernacular. To the uninitiated, a slang dictionary can definitely come in handy to translate what certain words or phrases mean or acronyms identify.

The military is no different in this respect; service members and military personnel have their own way of speaking with one another. That’s true whether you’re a soldier in the Army, an officer or sailor in the Navy or a brand new recruit in the United States Marine Corps.

But just because you’re in the military doesn’t necessarily mean that you know all the military slang terms, even if you’ve been on active duty for a number of years now. Nor does it mean that you know what a polliwog is if you’re in an entirely different military branch (if you’re curious, a polliwog is a Navy sailor who still hasn’t crossed the equator). There are even words that in civilian life are known as one thing but in military life refer to something else entirely.

If military slang is totally foreign to you or you simply want to become more familiar with the latest “in” phrases now that you’re a veteran and no longer in a military unit, let this be your service member terminology dictionary.

But before defining what this or that phrase means, you may wonder why each of the military branches even have their own military slang terms at all. There is a reason. In fact, there are reasons.

Why does military slang exist?

This is a question that could be asked of any industry, but for the military, service members and military personnel use certain words and phrases to get their message across without going too heavy into the details. For example, in the Marine Corps may say, “What’s your 20?” over a radio communication device because it’s faster than asking “Where are you presently located?” This term isn’t exclusively military slang, but it is used by soldiers, sailors and other service members in the Coast Guard, Air Force and Marines.

Another rationale for military slang is for memorization purposes as it pertains to strategies and missions during war. Take the phrase “The Four Fs.” Standing for Find, Fix, Flank and Finish, the four F’s is a mnemonic device designed to remind what active duty service members must do in war scenarios (e.g. Find means locate the enemy, finish refers to defeating all enemy combatants, etc.). This term was introduced during World War II, but it continues to be used to this day.

Military jargon also helps to enhance camaraderie. Trust, friendship and unity are all major values in the military. The usage of certain phrases that are common in each military branch fosters solidarity and mutual support for one another.

There are a few other reasons why military slang terms exist – such as security – but these are some of the main purposes.

What are some common military slang terms in each service member branch?

Frequently there’s a good amount of carryover for military jargon. In other words, what a phrase means in one service branch means the same thing in another. A classic example is the term “unsat”: Regardless of the branch, unsat simply means “unsatisfactory.”

Then there are words that have different meanings depending on the context of the sentence and the branch in which it’s uttered. In the civilian world, a “grape” is a juicy fruit you can find in virtually any grocery store. But in the Army, a “grape” refers to someone’s head. In the Air Force, a grape is an individual who makes a given job look simple, even though it’s actually hard. And in the Navy, the term describes any person who is refilling their aircraft with gasoline. Four very different meanings but the same exact word.

That said, here are a few terms and phrases that are primarily used within specific service member branches, along with their meanings. Let’s kick things off with the largest military branch:

1. Joe – Originating from the cartoon television series, “G.I. Joe,” this word refers to a soldier.

2. Trench Monkey – Widely considered to be a derogatory term, trench monkey has a negative connotation and is also meant to refer to a soldier or any other Army service member.

3. Shavetail – Meant to describe the haircuts that are common in officer candidate school, this word refers specifically to second lieutenants in the Army.

4.  Bang-bang – An onomatopoeic phrase (a word that describes how something sounds), a bang bang is a gun, usually a pistol or a rifle.

5. Dittybopper – If a soldier is marching off the beat to a prescribed cadence, they may be referred to as a dittybopper. However, a dittybopper may also describe signals intelligence in Morse Code communications.

1. People tank – As its title more or less implies, a people tank is meant to describe the hull of a submarine where occupants are able to walk around.

2. Pill pusher – Considered by some to be a derogatory term, this phrase refers to a hospital corpsman.

3.  Gedunk – A generalized term that describes snack-type foods, such as crackers, candy or potato chips.

4. Gum shoe – This word is Navy slang for a sailor cryptologic technician.

5. Shellback – The counter to a pollywog, this is a sailor who has crossed the equator in a Navy ship.

2. Taco – Used because it resembles the shape of a taco shell, this term refers to the “U” grade someone may receive for an unsatisfactory execution of a training exercise.

3. Boomer – This word refers to a boom operator on a tanker.

4. Bomber pattern – A derogatory term that is meant to describe a small plane whose traffic pattern is considered to be too wide.

5. Good stick – This phrase refers to a pilot who is very good at flying a plane or aircraft.

1. Fangs – A word Marines often use to describe someone’s teeth or their own.

2. Jarhead – An informal word for a Marine service member. A Marine may use this word in conversation with another Marine, regardless of their rank.

5. Leatherneck – An informal term for a Marine service member.

1. “A” School – Similar to boot camp, this is a nickname for where enlisted Coast Guard service members go for basic technical training.

2. “C” School – This is where advanced technical training takes place in the Coast Guard.

3.  CONUS – This is a hybrid phrase that refers to the continental United States, or 49 of the 50 states.

5. Davit – A davit is another name for a crane that is used for the lowering of a lifeboat.

If you’re in the military or know someone who is, use your best judgment as far as when and what words you use. If there is a question around whether something is a derogatory term, it may be best to avoid it altogether if you’re speaking with someone you don’t know well or are concerned about how it might be taken, even if no offense is intended.

Having served the military for over 50 years, Omni Financial knows many of these phrases; we have more than a few favorites. But when it comes to our favorite word of all aside from military jargon, it’s “yes.” We offer military loans to active duty and career retired service members and transfer the funds quickly upon approval. Even if you have bad credit or no credit, we may say “yes” to you.

For more information on our loan products and how to apply, contact us today.