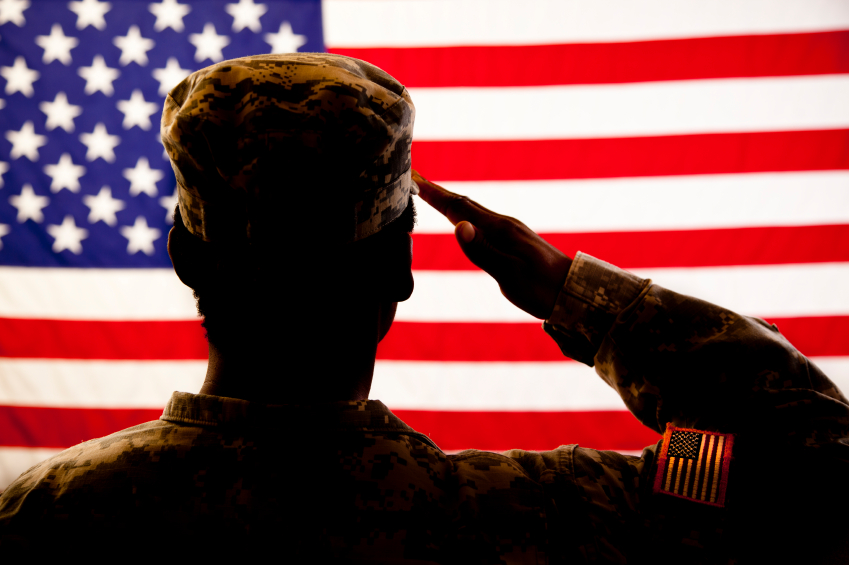 The Army Week Association will be hosting several celebratory events in the New York City area this year. The festivities begin on June 11 with the annual Army Birthday Gala at the Union League Club. The Gala is a black tie/formal military dress event with a cocktail reception and silent auction starting at 6pm, followed by a dinner and program at 7:30pm.
The following day on the 12th, there will be a day-long Army Birthday Celebration taking place in Times Square. Then, on the 14th, Team RWB will be participating in the Army Birthday Run in beautiful Central Park.
Meanwhile, in Philadelphia, the Stripes and Stars Festival, held at Independence National Historical Park will also be celebrating the Army’s 240th Birthday. The museum will be open from 10am to 5pm on Sunday, June 14, 2015. Events will include flag raising ceremonies, a patriotic parade, giant flag folding demonstrations, a sky diving event, burial ground tours, and a moving naturalization ceremony. Admission to most events is free.
In Washington D.C., the 240th Army Birthday Ball will be held on June 13 at the Washington Hilton. Entertainment will include the U.S. Army Soldier Show, the Army Voices & Dixieland Jazz Band, and the Jazz Ambassadors.

The National D-Day Memorial in Bedford, VA will be hosting a birthday celebration for the U.S. Army on June 14, from 10am to 5pm. In honor of the occasion, all active duty or veteran Army service members will receive free admission to the Memorial.
The AUSA Sunshine Chapter will be hosting its 240th Army Birthday Ball at the Rosen Centre Hotel in Orlando, FL, on Saturday, June 20, 2015. Wounded Warriors, Soldiers, and Gold Star families from Central Florida are invited to attend the ball at no cost.
The Fort Bragg MWR will be holding its annual Army Birthday Swim starting on June 1st and ending June 14th. The first 50 participants to complete 240 laps receive a t-shirt.
The Suncoast Chapter of AUSA will be hosting the 2015 Tampa Bay Army Ball on June 20th at the Tampa Marriott Waterside Hotel & Marina.  Guests will enjoy fine dining, inspirational speeches, and entertainment courtesy of Nalisio Taveras & The Fellas.
The North Texas Chapter of AUSA will be celebrating the 240th Birthday of the U.S. Army on June 14, 2015 at Fairview City Hall from 2pm to 3:30pm. The event is open to the public and an Army Birthday cake will be provided.

The Association of the United States Army Arsenal of Democracy Chapter 239th is holding the Army Birthday Ball at The Detroit Yacht Club on Belle Isle, in Detroit, MI, on June 19, 2015. A reception and receiving line will start at 5:30pm, followed by dinner and the formal program at 6:30pm.
Rock Island Arsenal will be hosting its 240th Army Birthday Ball celebration at the Waterfront Convention Center in Bettendorf, Iowa, on Saturday, June 13. The event will include a streamer ceremony, toasts to the nation, and a number of other military traditions. The annual Army Birthday Fun Run & Cake Cutting ceremony will be held a day earlier on Friday, June 12. The cake cutting ceremony will be held in Heritage Hall (Bldg. 60) at 11am.
The Heartland Chapters, Association of the United States Army will be hosting the 240th Birthday of the United States Army at the Westin Crown Center in Kansas City, Missouri, on Saturday, June 13. The program starts at 5:30pm and includes cocktails, dinner, door prizes, and a military event ceremony. This year’s guest speaker is General Carter F. Ham, United States Army, Retired.
The MC Robert B. McCoy Chapter of the Association of the United States Army (AUSA) is hosting its 2015 Army Birthday Ball on June 13 at Jake’s Northwoods in Sparta, WI. The event will be open to the public, but military dress or formal or semiformal civilian attire will be required to attend.

The United States Army Garrison Presidio of Monterey is hosting its 240th Army Birthday Ball on June 13 at Club Del Monto on the grounds of the Naval Post Graduate School in Monterey, CA.
The MG William F Dean Chapter of the AUSA will be sponsoring a 240th Birthday Party for the U.S. Army at the DoubleTree by Hilton at the Club in Pleasanton, CA on June, 13 from 5pm to 11pm. The event will include cocktails, a dinner, entertainment, guest speakers, and more.

Organization 1775 will be sponsoring the 240th Army Birthday Ball in Sindelfigen, Germany. The event will be held at the Stadhalle on Saturday, June 13. The Ball starts at 5pm.