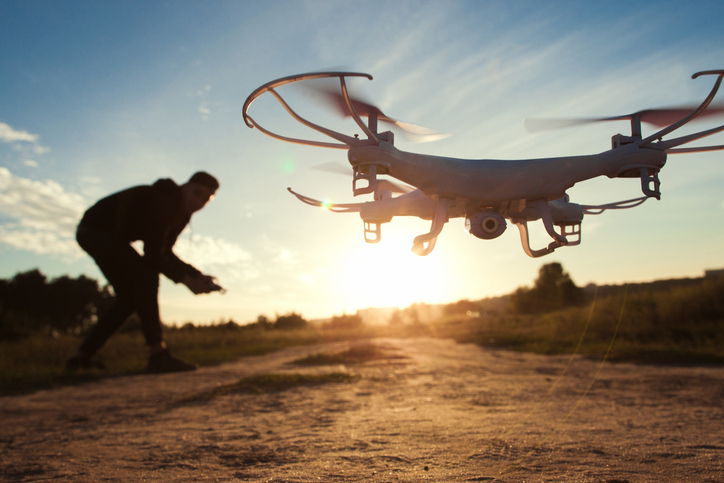 Over the past few years, the popularity of unmanned aircraft systems (UAS), commonly known as drones, has boomed. Statistics show that almost 3 million drones will be shipped in 2017 and predict 7 million drones in the United States by the year 2020.  This growth of drone use for both commercial and recreational activities has prompted the Federal Aviation Administration (FAA) and the Department of Defense (DoD) to restrict the use of unauthorized drone operations over military facilities. The restrictions were put in place due to concerns about national security, including the potential use of drones for espionage purposes.

The FAA and the DoD have restricted the use of unauthorized drone operations over military facilities.

The restrictions, which took effect on April 14, 2017, prohibit the use of all unmanned aircraft systems over 133 domestic military bases. The regulations restrict drone flights up to 400 feet within the lateral boundaries of those specified military facilities.  This is the first time the FAA has instituted drone-specific airspace restrictions. A CNN article quoted US Navy Capt. Jeff Davis as saying, “The increase of commercial and private drones in the United States has raised our concerns with regards to safety and security of our installations.” The FAA did state that “under special circumstances” the agency may provide drone operators permission to fly in a no-fly zone.
If you own a drone, it is essential that you understand and comply with the regulations. Those in violation of the regulations may be subject to criminal charges, civil penalties, and the revocation of FAA certificates.  It was also recently reported that drones that are in a prohibited military area can be shot down.
To learn more about the regulations and to view a map of no-fly zones, visit the FAA website.  The FAA also created a free mobile app, B4UFLY, which according to FAA Administrator Michael Huerta, is to “help raise public awareness about what it means to operate unmanned aircraft safely. It is another important part of our education and awareness efforts to foster a culture of safety and accountability for the UAS community.”

This blog is for informational purposes only.