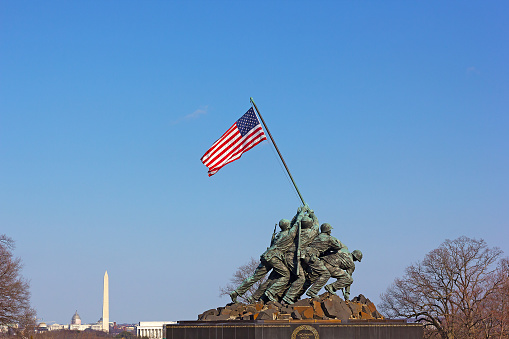 November 10 is the official birthday of the United States Marine Corps. Happy Birthday!
America’s expeditionary force in readiness, the United States Marine Corps, is celebrating its official birthday on November 10th. On that day in the year 1775, the Second Continental Congress established the Continental Marines to serve in the American Revolution. The Continental Marines were actually disbanded after the end of the war and then re-stablished by President John Adams in 1798.

Click To Tweet
The role of the United States Marine Corps, according to its official website, is to be the “nation’s crisis response force and force in readiness” They remain “forward deployed, ready to fight and win tonight.”
The Marines didn’t start celebrating its birthday as an organization until 1921, and in 1925 the first formal Marine Birthday Ball was held in Philadelphia. While Marine Birthday Balls were held from that time until the 1950s, there was no standardized format for celebrating the military branch’s birthday. In 1952, Commandant Lemuel C. Shepherd Jr. standardized the celebration procedures that eventually were included in the official Marine Corps Drill Manual.
Marine Corps Birthday Traditions and Customs
The Marine Corps birthday is a revered tradition filled with pride, respect and pageantry. No matter where in the world a Marine Corps birthday celebration is taking place, the following traditions are carried out: