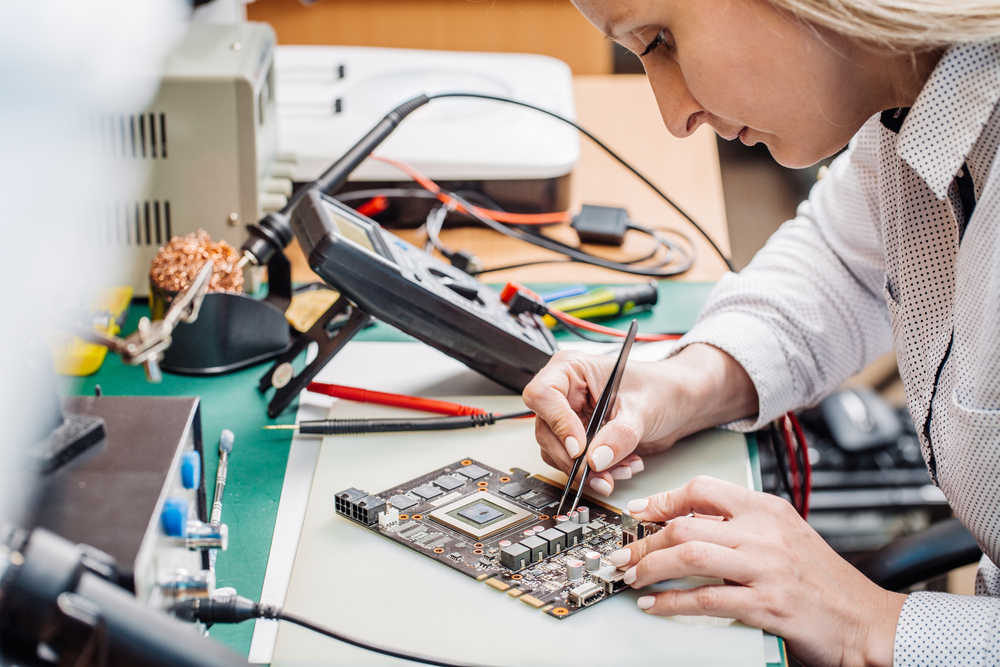 What is it that you most want out of your career? Are you looking for good pay and benefits? Is your aim a profession that enables you to learn new skills on an ongoing basis? Or perhaps you want to work in an industry that has plenty of room for growth and measure how you’ve progressed.
All this and so much more is available when you join the military. And based on the most recent complete statistics available from the Department of Defense, many Americans in 2018 entered the military service, with nearly 70,000 going to the Army, over 39,000 entering the Navy, 31,500 joining the Marine Corps and tens of thousands of other men and women becoming proud, active-duty service members of the Air Force and Coast Guard military branches.

From blue collar to white collar, the military has many of the same positions you’d find as a civilian.

Of course, basic training is a core component of military service, but there is so much more to it than jumping jacks and push-ups. Whether you go on to participate in special forces or pursue a military occupational specialty, military occupations come in all shapes and sizes, including those that you likely wouldn’t immediately associate with the armed forces.
If you or your spouse recently entered the armed services and are wondering about the job opportunities that are out there, you may be pleasantly surprised by the sheer number of options that are available that millions of people have leveraged into successful military careers.
As noted by The Balance Careers, there are at least 800 different types of jobs among the five branches of the armed forces. Here are just a few of them:

From blue collar to white collar, the military has many of the same positions you’d find as a civilian.
While all of these occupations qualify as “jobs” in the classic sense, they’re called “enlisted jobs” in the military. This term basically means that once you sign up for a certain role or position, you must agree to complete it until the contract expires.
The branches themselves refer to enlisted jobs differently as well. For example, whereas the Army and Marine Corp called them military occupational specialties, or MOS, enlisted jobs in the Navy and Coast Guard are also called “ratings” or “rates.” The Air Force, meanwhile, calls them AFSCs, or Air Force Specialty Codes.

What is the difference between enlisted personnel and military officers?

How are military occupational specialties constructed?

The way in which MOS are structured on paper depends on the military branch – Army or Marines. For example, in the Marine Corps, MOS that are similar – in terms of their tasks and assignments – typically have the same first two digits (such as nurse and medical assistant), according to The Balance Careers. The last two digits are specific to that given role. Thus, the last two digits of any MOS are never identical.
Their format is also influenced by what is required in these roles in terms of qualifications. In the Army, to enter a given MOS, enlisted members must first achieve a certain ASVAB score.

What kinds of skills can enlisted people learn in uniform?

Just as the positions and roles in the military run the gamut, the skills that are achievable are similarly wide ranging. No matter what branch you enter, the military is multidisciplinary – it involves mental alertness, physical strength and emotional intelligence. Because it is very structured and regimented, this allows you to develop many different skill sets that can serve you well in whatever role you wind up in. They include:

You may also learn other hard skills, which are more technical in nature and are ideal for STEM related fields, meaning science, technology, engineering and mathematics. You can leverage these skills for other work if you decide to retire from the military and enter the civilian labor force.

What kind of career will fit you best?

With so many options available, you or your partner may have a tough time deciding on just one. Do some self-reflection, look into resources available to you and your spouse, and think about all the things that you truly enjoy doing and are good at. For instance, if you enjoy problem solving and are good at mathematics, engineering may be an ideal profession to consider. If you’re a born leader and like management, you may want to consider becoming an officer.
No matter what you decide to do, a wide array of military careers are waiting for you. The skills and experience you obtain will be life changing. If you’re looking for a game-changing loan at competitive rates, contact Omni Military Loans today.
The information provided in this blog post is for informational purposes only. It should not be considered legal or financial advice. You should consult with a financial professional to determine what may be best for your individual needs.