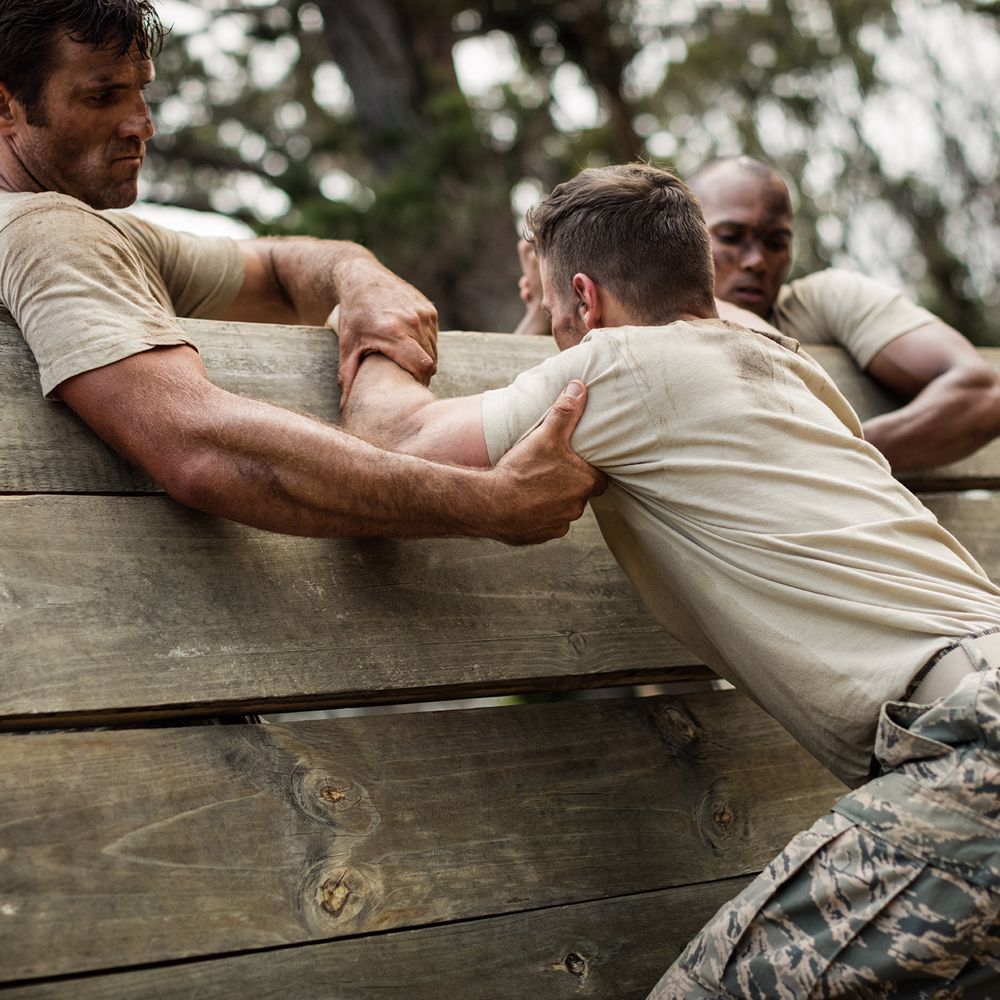 Much like most other careers and passions, becoming a soldier demands preparation, given the variety of situations military members find themselves in both on and off the battlefield. Boot camp is where soldiers receive the training that can help them become successful in their endeavors while in the United States Army.

Although participation in boot camp, and the basic training that comes along with it, is something that every soldier does, you may nonetheless be apprehensive about the early days of Army life. From where boot camp takes place to what goes on during basic combat training (BCT), you should have a better understanding of what to expect from boot camp by the time you’re finished reading this article.

Where is Army boot camp?

With the Army being the largest of the military service branches — totaling approximately 480,000 active duty personnel, according to data from Statistica — boot camp and basic combat training happens throughout the year at several military bases. These basic training locations include Fort Jackson in South Carolina, Fort Benning in Georgia, Fort Leonard Wood in Missouri, Fort Sill in Oklahoma and Fort Knox in Kentucky. You may already know which base you’ll attend to receive military training, but it’s usually whichever is nearest to your current place of residence.

Over the course of several weeks, drill sergeants will mentally, physically and emotionally prepare you for a successful career as an active duty soldier. Education, instruction and direction are the principal components of the basic training experience, but what you take away from the weeks ahead is largely dependent on you, your overall attitude and the programs put together by your drill instructors.

No matter who you talk to about boot camp and what their experience was like, you’ll probably get a different account. However, what virtually all soldiers agree on is that boot camp can be quite challenging.

In many ways, there is nothing basic about basic training. There are a number of different physical fitness tests, several of which are timed. For instance, you’ll be required to complete a two-mile run, and perform as many situps and pushups as you can in two minutes. This happens during basic combat training. This is one of the many reasons why career-retired, as well as current active duty members, strongly encourage recruits to try to get in shape as best they can before arriving at boot camp, be it at Fort Benning, Fort Jackson or the other bases. It will give you the strength, discipline and practice to endure the intense physical training that you’ll encounter over the 10-week basic training period.

In addition to the physical aspects of BCT — which is typically what most people think about when it comes to Army basic training — boot camp is designed to promote certain values that are central to the Army. These include:

These seven core principles encapsulate what it means to be a soldier in the United States Army. They’re taught and promoted all throughout basic training, but also for as long as you remain in the armed forces.

What can you expect upon arrival at Army basic training?

It’s important to understand that while boot camp can be fast-paced, it’s not as if basic combat training begins immediately. It actually starts with orientation.

All the service branches have some form of orientation for recruits, where you’ll both give and receive certain information or services. For example, you may get immunizations during orientation or provide paperwork corroborating you’ve already had the necessary vaccines. Orientation is also where you’ll be given training gear, clothing for classes and basic combat training and even haircuts. These are required for men but not for women. As reported by The New York Times recently, women no longer need to keep their hair in a bun at all times, whether during boot camp or in any other capacity. However, they may have their hair trimmed as short as men do if that’s their preference, which is a first for the Army. The Army maintains a list of the haircuts and styles that are acceptable to wear whether you’re a man or a woman.

As noted earlier, BCT takes up the majority of boot camp (10 weeks), but when including orientation and the other aspects, the whole experience typically lasts approximately 13 weeks. The actual length may vary slightly in accordance with the latest service requirements.

Do you get any days off during boot camp?

Just as intensive military training is essential to becoming a successful Army soldier, the same can be said for rest and relaxation. The body and mind need time for recovery, and active duty service members are afforded 30 days of vacation each year, not including weekends or national holidays. This personal time off is earned and is accrued for every month that you’re on active duty, usually at a pace of two-and-a-half days per month served.

This isn’t the case for boot camp and basic training. While you may be given certain periods where you have time to yourself to get personal tasks accomplished (e.g. writing emails or letters, polish shoes, iron clothing, etc.), boot camp is highly regimented and lasts for the duration of the 10 to 13 weeks that you’re at Fort Benning, Fort Jackson or Fort Leonard Wood, among the other bases serving as hosts.

What are the physical fitness standards for basic combat training?

Your 10 weeks of BCT occurs in phases, starting with the red, then white and finally the blue phase. Each one contains some aspect of physical fitness training. For instance, in the white phase, soldiers take part in obstacle course work and must climb and rappel from the Warrior Tower, which is approximately 50 feet from top to bottom.

But in terms of standards, where you are scored based on your overall fitness and performance, there’s the Army Combat Fitness Test (ACFT), which used to be called the Army Physical Fitness Test. The ACFT is made up of six individual tests. As listed at GoArmy.com, they include:

You’re scored based upon whether you can reach certain benchmarks. For example, during the MDL, you’ll be tested to see how much weight you can lift from a standing position, using primarily your leg muscles in tandem with your back muscles. You’re given three attempts, with a maximum score of 100 for lifting 340 pounds.

For the SPT, you’ll attempt to throw a 10-pound medicine ball as far as you can with your back facing the direction you’re throwing. Sixty points are awarded for 4.5 meters and 100 for 12.5 meters or farther.

You can visit the website for more information on the other physical fitness standards, along with helpful resources on how to prepare so you perform your best on test day.

The 13 weeks of boot camp will test your willpower, determination, grit and patience. By the time you reach graduation, you’ll be able to look back on your experience with the knowledge that you completed something that few have even tried, never mind accomplished.

While we may not be able to help with the physical, emotional or mental aspects of boot camp life, we can help with the financial aspects of military life. At Omni Financial, we offer personal military loans to all active and career retired military in all of the services branches. Contact us today to learn more about why and how easy it is to apply.