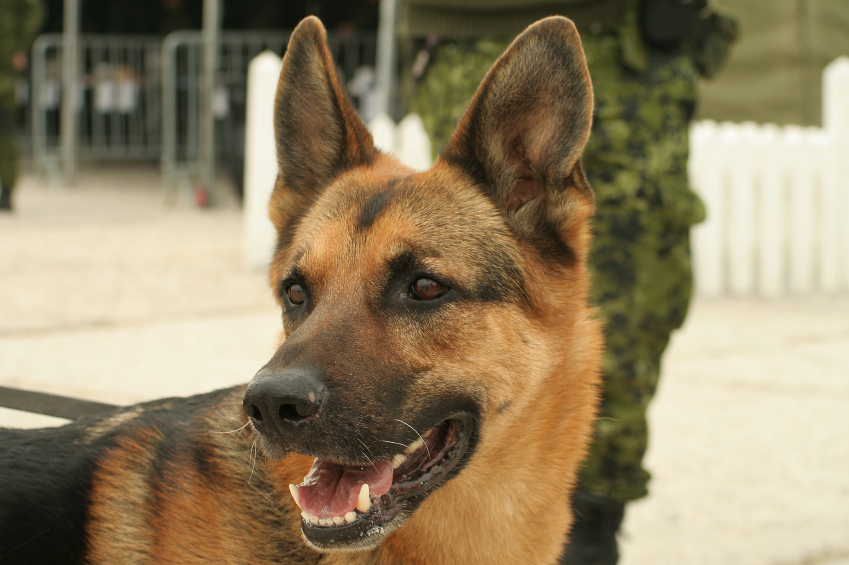 The recently released movie “Max” from Warner Bros. is about a military dog that returns to the United States from Afghanistan and is adopted by the family of his handler, a U.S. Marine who was killed in action. The movie highlights the contributions that dogs have made to the military and honors the dogs, their hero handlers, and the powerful bond that they share.
Dogs have been officially serving as four-legged soldiers in the United States military since World War I. Known as military working dogs (MWDs), they stand side-by-side with our servicemen and servicewomen and are more than just their companions – they are their protectors and actively contribute to U.S. combat operations. In fact, according to the American Humane Association, each MWD saves between 150-200 lives.
Here are some other facts you may not know about these K-9 comrades-in-arms.

According to the U.S. Department of Defense, there are approximately 2,700 active-duty military working dogs in the U.S. Armed Forces. They are deployed around the world, with a large number serving in Afghanistan and Iraq.

MWDs are Primarily Trained for:

Traits of a MWD

MWDs are Being Returned Home to the U.S.

In the past, military dogs were considered “equipment” and either left behind or euthanized when they were no longer able to work. This has changed. In 2000, “Robby’s Law” was passed that facilitates “the adoption of retired military working dogs by law enforcement agencies, former handlers of these dogs, and other persons capable of caring for these dogs.” Save-A-Vet is one organization that helps find suitable homes for K-9 veterans.
Another positive development is the passing of the 2016 National Defense Authorization Act (NDAA) . Previously handlers who wanted to bring a dog home after their tour duty was over could do so, but they had to pay for the transportation, which is very expensive. This act mandates the return of retiring military working dogs to U.S. soil and the first rights of adoption go to former handlers and their families. Visit the American Humane Association website for details on this important act.

There is a U.S. War Dogs Memorial

Holmdel, New Jersey is home to the United States War Dogs Memorial. The memorial’s centerpiece is a bronze statue of a Vietnam War soldier and his dog. The memorial pays tribute to all of America’s war dogs, past present, and future.
Dogs are more than man’s best friend; they are heroes! To learn more about military working dogs, visit The United States War Dogs Association website. If you are interested in adopting a retired MWD, visit Saveavet.org.